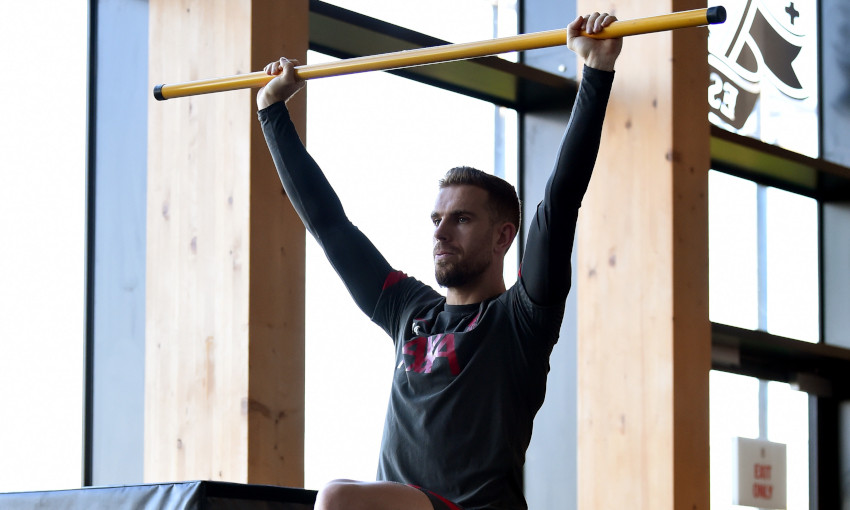 Jordan Henderson will miss Sunday’s Premier League encounter with Leicester City, but Liverpool will assess the condition of Fabinho and Thiago Alcantara ahead of the Anfield clash.

Henderson withdrew from international duty with England earlier this week after feeling “a bit of tightness”, according to Three Lions boss Gareth Southgate, and will sit out the visit of the Foxes.

However, Jürgen Klopp confirmed the Reds will check on Fabinho and Thiago to see if they’re ready to return for the meeting with Brendan Rodgers’ side.

Klopp told his pre-match press conference: “We will see, [but] Hendo not and Trent [Alexander-Arnold] not, that’s clear. All the rest we will see.

“They are in a good way, Ox [is] in a good way. They are all closer but we will see if it is close enough for the weekend.”

Meanwhile, on Mohamed Salah’s fitness, Klopp added: “He is probably back today, that’s all I’ve heard.

“We are obviously in close contact with him all of the time and, how it always is in these cases, in the moment when you have a negative test then the process really starts. He’s in a good place, he feels well, no symptoms, so that is all fine.”

Liverpool were dealt a further injury blow during the international break when Joe Gomez was required to undergo surgery to repair a tendon in his left knee.

The operation was a success, but is likely to rule him out for a significant part of the remainder of 2020-21.

Klopp said: “[It is] a tough one but the surgery was successful, so he is now already recovering first from the surgery and then starting the rehabilitation.

“He is with his family, so he is in the best possible place I would say. That’s it, pretty much. Rehab has started now. After surgery you count from that moment backwards and we help as much as we can, but for the first few days all of the boys after surgery probably feel pretty alone. But when you have your family around – and that’s the case for him – then it’s as good as possible, that’s it.”