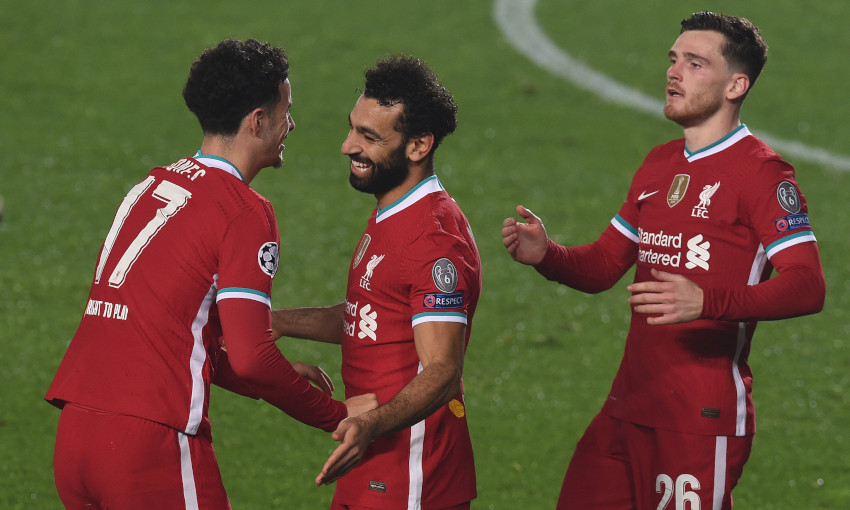 Mohamed Salah's breakaway goal in Tuesday's 5-0 win over Atalanta BC moved him level with Steven Gerrard as Liverpool's highest scorer in the Champions League proper.

It was the Egyptian’s 21st strike in the tournament’s main phase, excluding qualifiers, for the Reds and matched the tally achieved by Gerrard.

Collecting Curtis Jones’ clearance from a corner, Salah carried the ball the length of the opposition half on 47 minutes before curling a finish beyond the goalkeeper.

“Of course I’m very happy to be the highest one. Steven Gerrard is a legend for the club. It’s something I’m very proud of,” he said post-match.

Liverpool lead Group D by five points having won each of their opening three games in the section without conceding a goal, and can qualify for the last 16 if they beat Atalanta when the sides meet on November 25.

Summer signing Diogo Jota continued his sensational scoring form with a hat-trick at Gewiss Stadium and Sadio Mane was also on the scoresheet in an emphatic display against a team who reached the quarter-finals last season.

Asked about the Reds’ prospects of lifting the European Cup again, Salah said: “It’s tough, I don’t want to put pressure on us.

“I’m sure we’re going to fight in each competition, in the Premier League as well. We want to win everything and hopefully we can do it.”