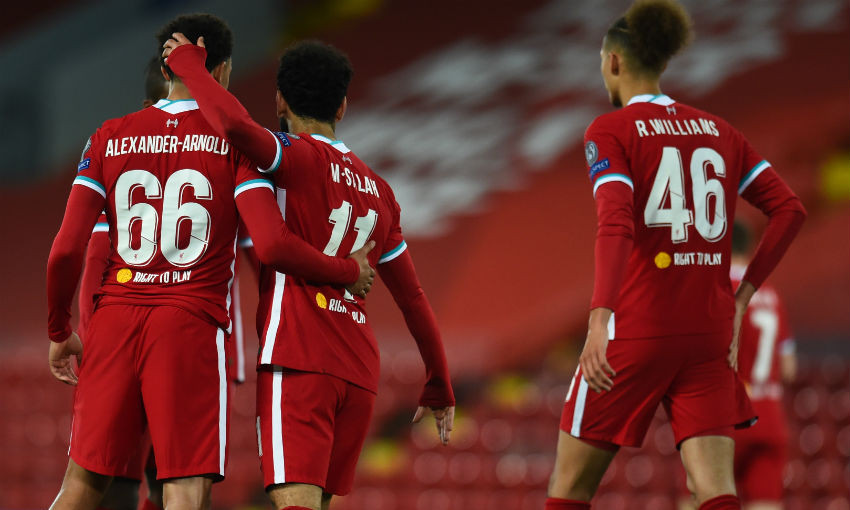 Liverpool made it two wins from two Champions League Group D games by overcoming FC Midtjylland at Anfield on Tuesday.

Diogo Jota’s second-half opener was supplemented by Mohamed Salah’s stoppage-time penalty as the Reds ran out 2-0 victors in their second European outing of the season.

Here are five talking points to emerge from the match…

Jota’s third goal in four Anfield appearances for Liverpool was the 10,000th in the club’s rich history.

Some 128 years on from goal number one - netted by Jock Smith against Higher Walton - the Portugal forward brought up the five-figure landmark with a back-post poacher’s finish at the Kop end, following neat interplay between Xherdan Shaqiri and Trent Alexander-Arnold.

Six days on from making his Champions League debut as a late substitute versus AFC Ajax, Rhys Williams was once again called upon to perform on European club football’s biggest stage.

This time, though, the teenage Academy product was thrust into the action much earlier, as he replaced the injured Fabinho with half an hour gone.

Williams rose to the challenge impressively, with an assured display alongside Joe Gomez at centre-back contributing to a second successive Champions League clean sheet.

“He’s a talent, he plays for England U20s, he’s 19 years old… he didn’t play Premier League yet and has now two Champions League appearances. Won both games on top of that, which is pretty exceptional. He did well, everything looks promising,” assessed Jürgen Klopp.

“To be really clear and positive, Rhys was not in one situation tonight our problem, he played a really good game.”

Delighted To Make Another Champions League Appearance. Great Performance From The Boys, 3 Points And A Clean Sheet… https://t.co/OAUmybUnyg

Liverpool are now in pole position in Group D, with the win over Midtjylland unfolding while Atalanta and Ajax played out a 2-2 draw.

First-half strikes from Dusan Tadic and Lassina Traore put the visitors in command in Bergamo, but Atalanta fought back to claim a point courtesy of Duvan Zapata’s double.

That means the Reds sit two points clear of the Serie A club at the top of the pool, with Ajax five adrift in third spot.

The top two meet in Italy next Tuesday.

The late spot-kick Salah won and converted took him above Ian Rush and into outright-third place on the club’s list of all-time leading European marksmen.

That goal was his 21st in Europe for Liverpool, in just 37 appearances. Only Michael Owen (22) and Steven Gerrard (41) have registered more.

At Anfield, meanwhile, Salah has scored 13 times in 17 Champions League matches, and has been directly involved in 10 goals in 10 group-stage fixtures (nine goals and one assist). 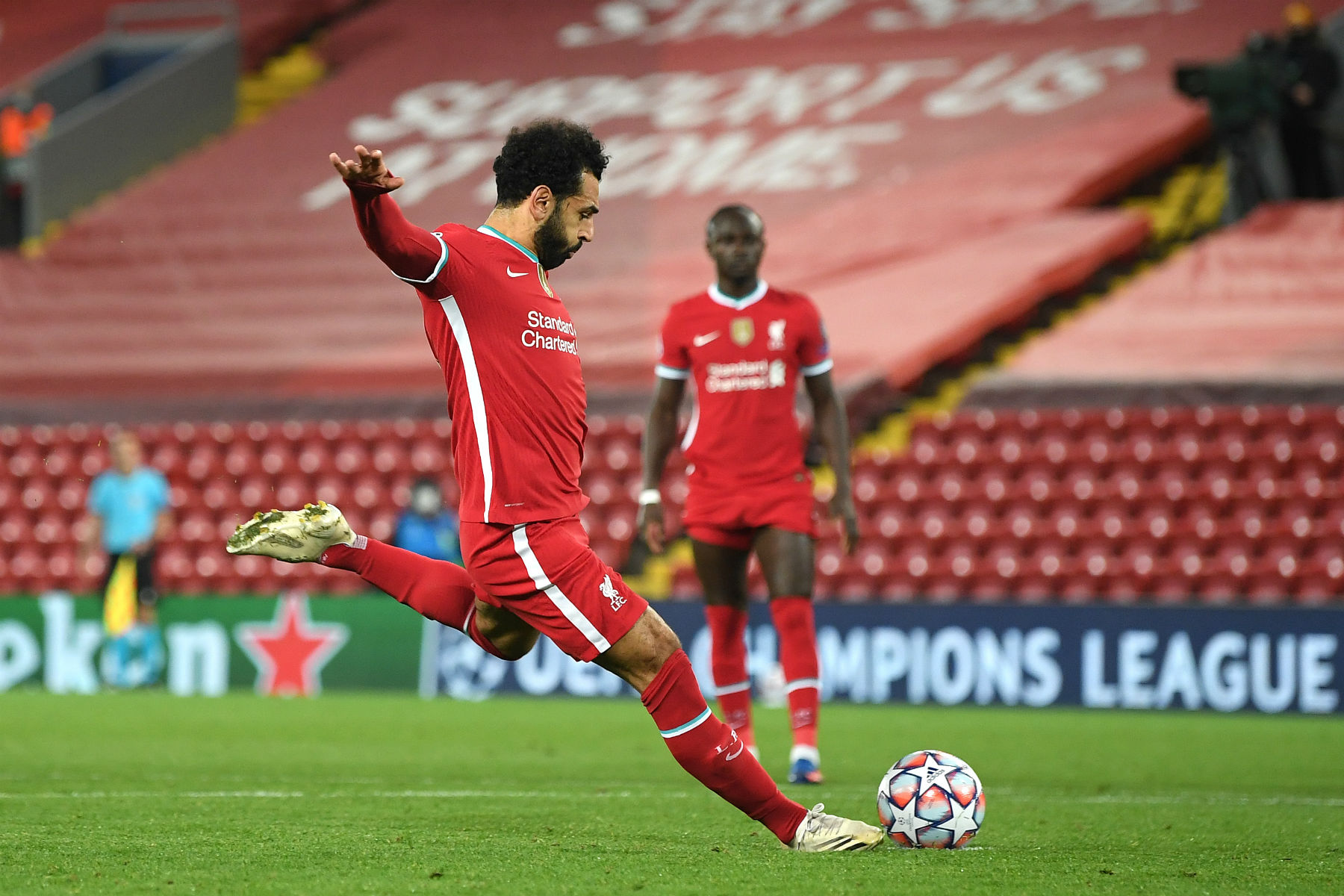 Alexander-Arnold’s assist for Jota was his 35th across all competitions for Liverpool, in what was his 142nd first-team appearance.

Since the No.66’s senior debut in October 2016, no Premier League defender has set up more goals - although his teammate Andy Robertson is also on 35 during the same period.

Alexander-Arnold was irrepressible throughout against Midtjylland, with his presence as his team’s primary creative force underlined by the fact he led the way in the metrics of touches (117), crosses (seven), passes in the opposition half (53) and key passes (four).

European win back at Anfield. https://t.co/mT9fthRLNp