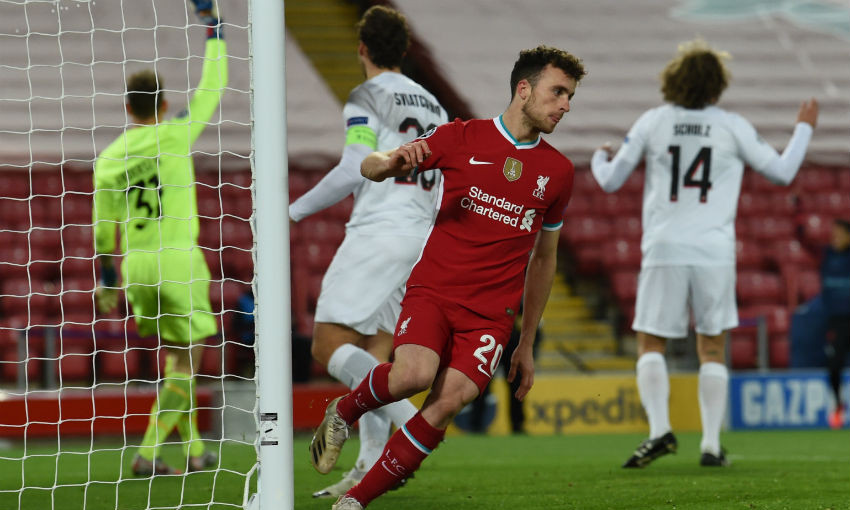 Diogo Jota is proud to be the player that scored Liverpool Football Club's 10,000th goal in all competitions, but took greater satisfaction in securing the win over FC Midtjylland.

The Reds No.20 broke the deadlock at Anfield on Tuesday night in the 2-0 Champions League victory, converting from close range after a lovely team move.

That strike brought up the landmark figure for the club, though Jota was more interested in its impact as it helped take Jürgen Klopp's side top of Group D.

Speaking to BT Sport after the match, the Portugal international said: "Well it's a start. Obviously I'm happy to score and to help the team to achieve the win.

"Achieving that mark is always a good thing but I'm more happy with the victory today.

"After a good away win, it's important to keep on adding points and we did our job. We get the three points, that's most important, and now we [need to be] ready for the next game."

Trent Alexander-Arnold squared the ball for Jota to finish and then delivered an exquisite pass that led to Mohamed Salah earning and scoring a penalty to secure the points.

On the full-back's delivery, Jota commented: "Two [great passes]. For the penalty, a great pass as well.

"We know he has great delivery and we just have to be ready for it."