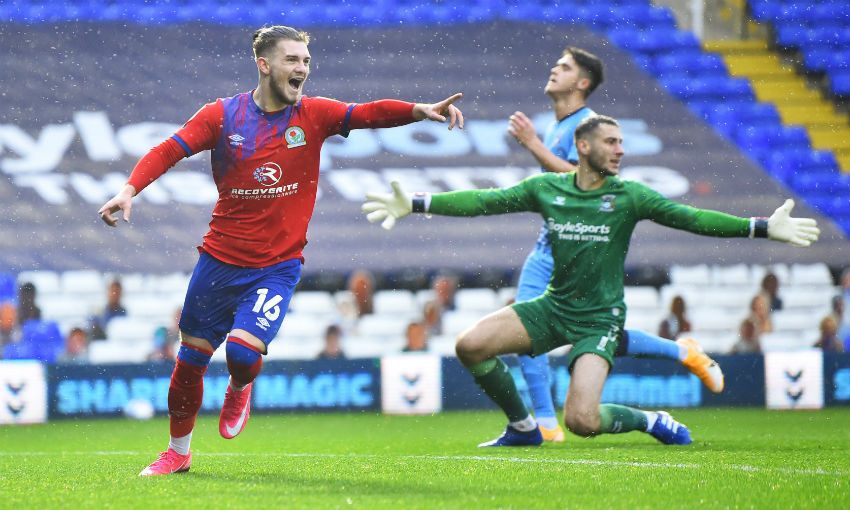 Harvey Elliott netted his first goal at senior level on Saturday during Blackburn Rovers' 4-0 win away at Coventry City.

Making just his second appearance for the Championship side after joining on a season-long loan earlier this month, the forward clinically converted from close range to add Rovers' third of the game.

In doing so, Elliott became Blackburn's fourth-youngest goalscorer in their history at 17 years and 203 days.

He then provided an assist for Sam Gallagher late on to complete the afternoon's scoring.

Speaking post-match, Elliott said: "The main result is the key thing here. I was just happy to score and contribute to the win. Hopefully it's the first of many but I'm just excited to see what happens really.

"It's only the beginning, I have a long way to go. I'm taking it day by day and hopefully I can put in the performances in training and in matches to show people what I can do."

"He's just a diamond of a football player, I can see why he made his league debut at 15."

Elsewhere in the Championship, Sheyi Ojo was also on the scoresheet when he netted the equaliser in Cardiff City's 1-1 draw with Middlesbrough. Harry Wilson played all 90 minutes of the contest.

And in Europe, Taiwo Awoniyi appeared as a 71st-minute substitute for Union Berlin in their 1-1 home draw with SC Freiburg. Marko Grujic was an unused substitute in FC Porto's 1-0 win over Gil Vicente on Saturday evening.

On Sunday evening, Kamil Grabara started for AGF Aarhus in their 1-0 defeat by FC Copenhagen.