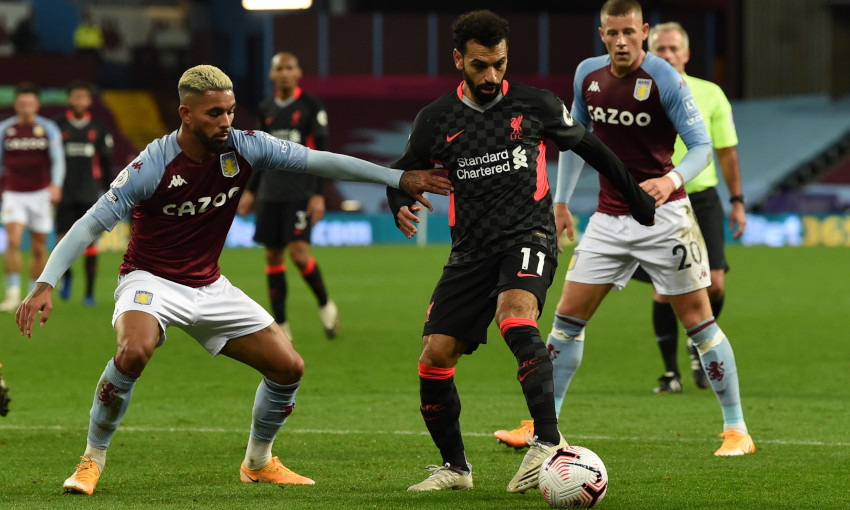 Liverpool suffered a 7-2 defeat against Aston Villa in the Premier League on Sunday.

Adrian lined up between the sticks after a shoulder injury sustained in training ruled Alisson Becker out of the contest at Villa Park.

Diogo Jota made his first Premier League start for the Reds with Sadio Mane unavailable as he self-isolates due to a positive COVID-19 test.

Liverpool fell behind with just four minutes on the clock.

Adrian’s attempted pass out was too wide of intended target Joe Gomez and Grealish seized upon the ball to square for Watkins inside the box, who rolled a finish into the bottom right corner.

It could, perhaps should, have got worse for Klopp’s men in the eighth minute as Grealish’s knock through Virgil van Dijk’s legs married with Barkley’s surging run, only for the midfielder to drag his left-footer wide.

The Reds rallied and began to impose themselves, Roberto Firmino’s prod denied by Emiliano Martinez at the end of a slick passing move involving Salah, who saw follow-up claims for a penalty dismissed when he was tackled by McGinn. 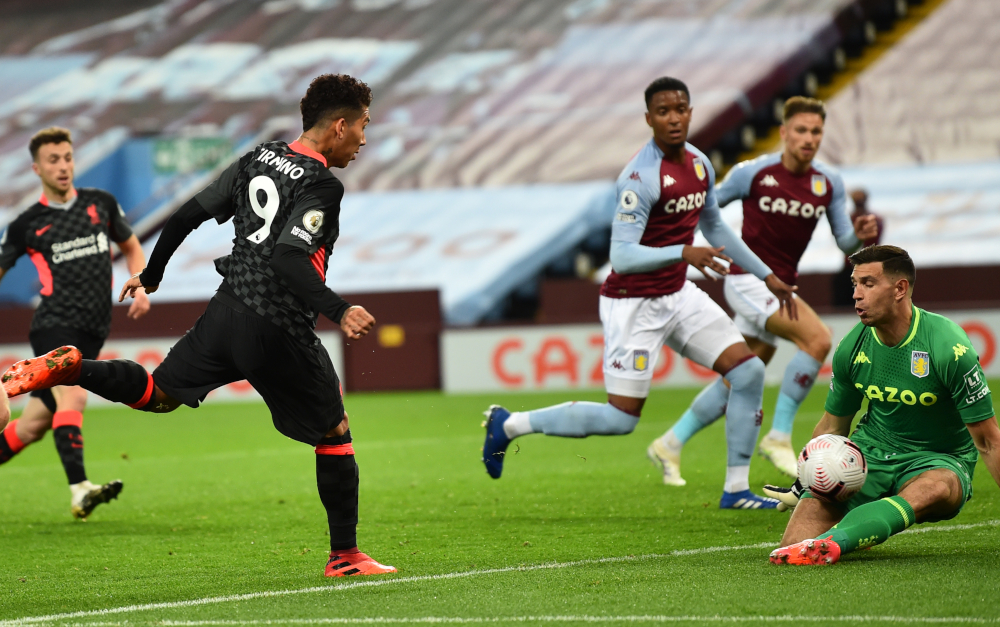 Firmino then fashioned a chance by himself, shuffling into the area from the left channel and blasting towards goal as the angle narrowed. Martinez repelled it.

And at the midway point of the half, the home team doubled their advantage.

Watkins supplied the goal again, collecting Grealish’s delivery to the left wing, moving past Gomez into a shooting position and retaining his balance to slot a finish into the opposite top corner.

Jota’s deft and unpredictable dink from 20 yards had to be tipped over by Martinez before the Grealish-Barkley combination created another chance; the latter miscued, though, and the shot bobbled off target.

Liverpool looked to have kicked off a comeback in the 33rd minute.

Jota fed a promising pass into the middle of the box, where Naby Keita was blocked out by Matt Targett and the ball fell to Salah for an emphatic smack into the roof of the net for 2-1.

But instead it was the hosts who maintained momentum – and they would net twice more in the opening half.

Barkley was denied by Adrian’s feet at the near post, with the Reds dugout arguing the Villa man had been offside in the build-up, and from the subsequent corner McGinn’s first-time hit deflected off Van Dijk and sailed in.

Then, on 39, a free-kick from right to left was hooked back into the box by Trezeguet and Watkins was free to complete his hat-trick with a close-range header.

Barkley and Grealish exchanged passed outside the Reds area and the former’s hit looped off Trent Alexander-Arnold and drifted over the reach of Adrian into the far corner.

Another fine piece of finishing from Salah handed Klopp’s charges a glimmer of hope on the hour mark. The No.11 was picked out by a threaded pass from Firmino and coolly waited to fire inside the right post. 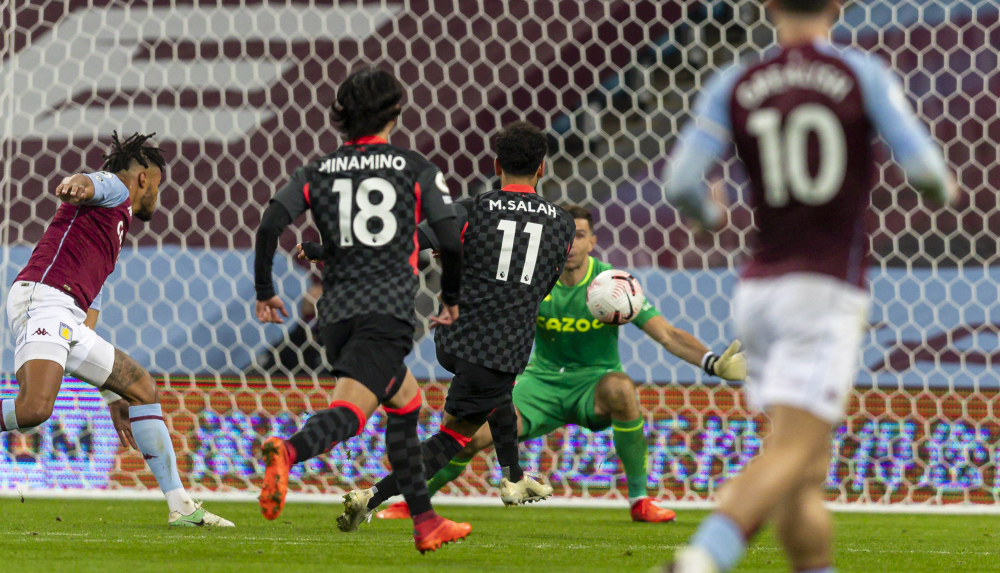 But it was brief respite for the visitors.

Grealish bagged a sixth for Villa with a quarter of the match remaining, a significant deflection off Fabinho leaving Adrian helpless as the ball nestled into the left corner.

And the home captain completed the scoring on 75 minutes as he broke in behind the Liverpool backline, bore down on goal and nudged a low finish around the goalkeeper.

Watkins later clattered the crossbar and the reigning champions were left to rue a hugely disappointing outing at Villa Park.