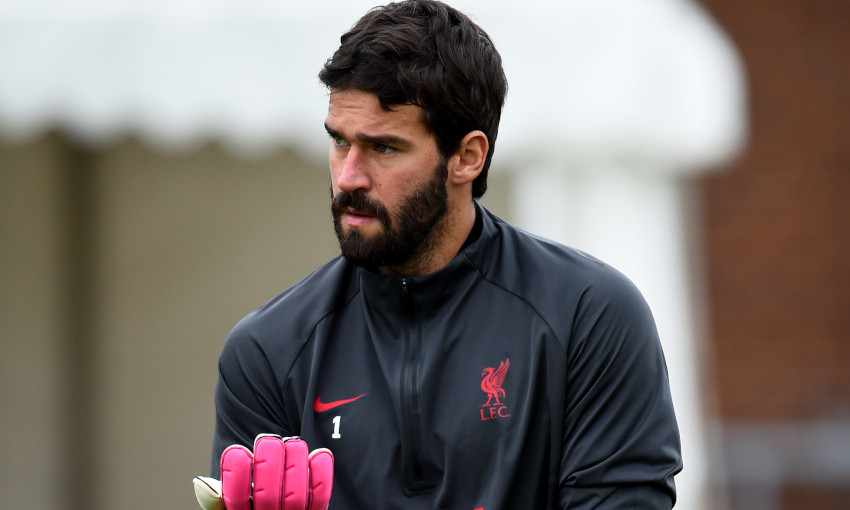 Jürgen Klopp has provided detail on the shoulder injury that has sidelined Alisson Becker.

The Brazilian goalkeeper is not part of the squad for the Premier League clash with Aston Villa, as Adrian deputises between the posts.

Alisson sustained the issue in training ahead of the trip to Villa Park – and Klopp expects the No.1 to require further assessment beyond the international break to come.

“Yesterday an incident in training, very unlucky – two players clash with each other, one gets up, one doesn’t. The one who didn’t get up was Ali,” the boss told Sky Sports pre-match.

“So, after the first few things, we don’t know 100 per cent. But he cannot play today. We have to do further assessment; but he’s injured, let me say it like this. Now we hope it will go really quickly.

“It’s an international break, I’m pretty sure after that he will not be ready. Then we have to see week by week.”

Sadio Mane is also unavailable against Villa following a positive COVID-19 test, with the forward self-isolating according to the necessary guidelines.

That means a first Premier League start for Liverpool for Diogo Jota as the Reds chase a fourth successive top-flight victory.

Asked about Mane’s condition, Klopp added: “He’s good, he’s good. We are obviously in contact pretty often. He is fine.

“Monday night, we played Arsenal, played a really good game, after the game it was a really good feeling. And then the problems started immediately. That’s how it is. That’s how life is, that’s how our life is as well, that’s completely normal.

“That’s why we have the squad we have – so, Adrian in goal and Diogo on the pitch.”