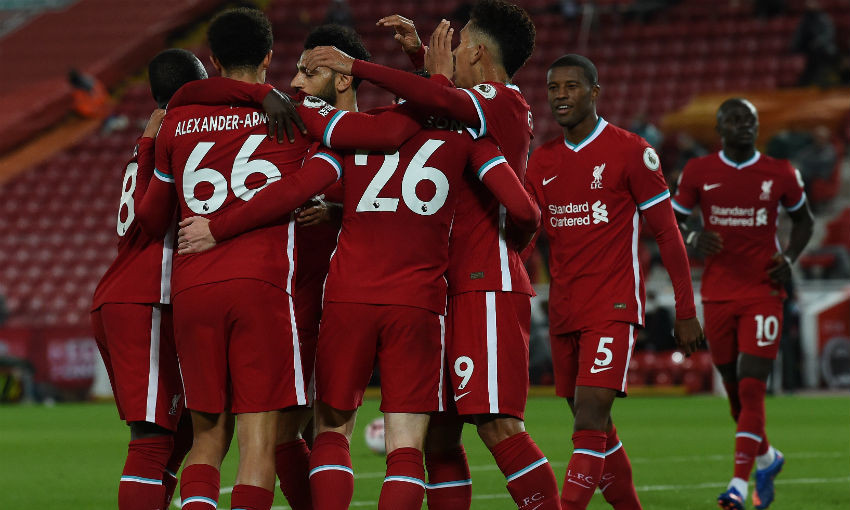 No team has ever won their first four league fixtures of a top-flight season in three consecutive campaigns.

For more pre-match facts and figures, courtesy of LFC statistician Ged Rea and Opta, read on…

Liverpool have won their last five Premier League clashes with Aston Villa by an aggregate score of 15-3.

In the Premier League era, the Reds have won 28 meetings compared to Villa's 12 victories, with 10 draws.

At Villa Park in the PL, Liverpool have won 14 times - including their last six visits - and have lost just once in their last 19 top-flight trips.

The Reds have won more games at Villa Park than any other away ground in the Premier League era.

This is the third time in succession in 2020-21 that Jürgen Klopp’s side are facing an opponent with a 100 per cent winning record, after Chelsea and Arsenal.

Heading into this weekend's games, the champions had registered at least 17 more shots than any other Premier League team this season (61).