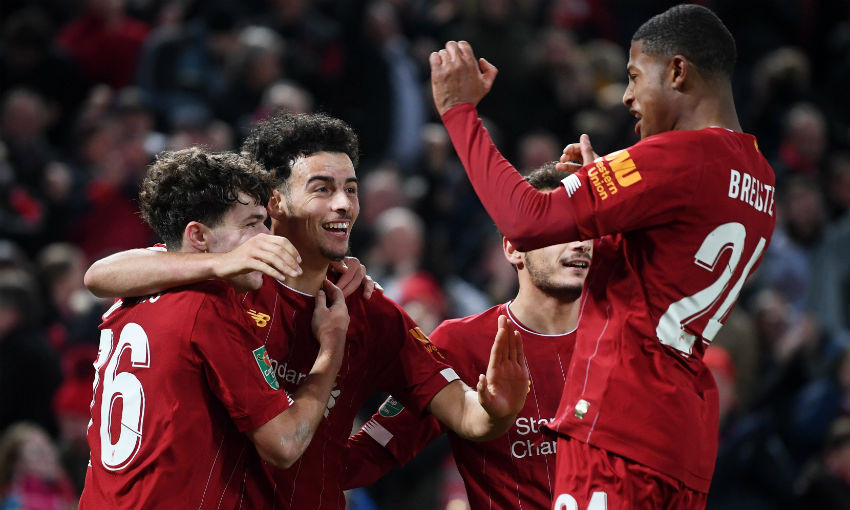 Pepijn Lijnders reflected on the huge strides Liverpool’s youngsters have made since they last faced Arsenal in the Carabao Cup.

As they prepare to take on the Gunners at the same stage of the competition in 2020-21, Lijnders spoke about the development those prospects have made since that Anfield occasion.

The assistant manager told Liverpoolfc.com: "Before that game in the press conference we searched for young talent with experience because we believe those two together can create incredible processes.

"If you look at that time and where we are now, it was a great starting point and we believe in it and we think it will make us stronger [with] the young blood and the bravery of these boys, their constant attitude in training and their willingness to absorb our way to play with the experienced ones.

"What I said last week, they are proper squad players at the moment. They are not talents anymore and that, of course, was different at that time.

"I'm really happy with their development."

Jones scored the winning spot-kick on that night in October 2019 and has since gone on to rack up five goals for Jürgen Klopp’s first team.

Two of them came in the previous round of the League Cup away at Lincoln City, with the Scouser displaying his fearlessness by curling in a pair of efforts from distance.

Enjoyable night!! Next round, 2 goals and a top team performance🎯✅....also happy to have grabbed man of the match. https://t.co/5B4I5nz8ik

"He's the type of player we really like," Lijnders said of the No.17. "His call-up to the U21s proves his development over the last year.

"He's the type of midfielder, probably one of the most offensive midfielders we have. He has risk, young blood and if you look closely in the games, he's one of the first ones who has this surprise movement in the box.

"He's probably always the first one who shoots and if he keeps scoring, he can be a midfielder with real goals as well – and that's something we really like."