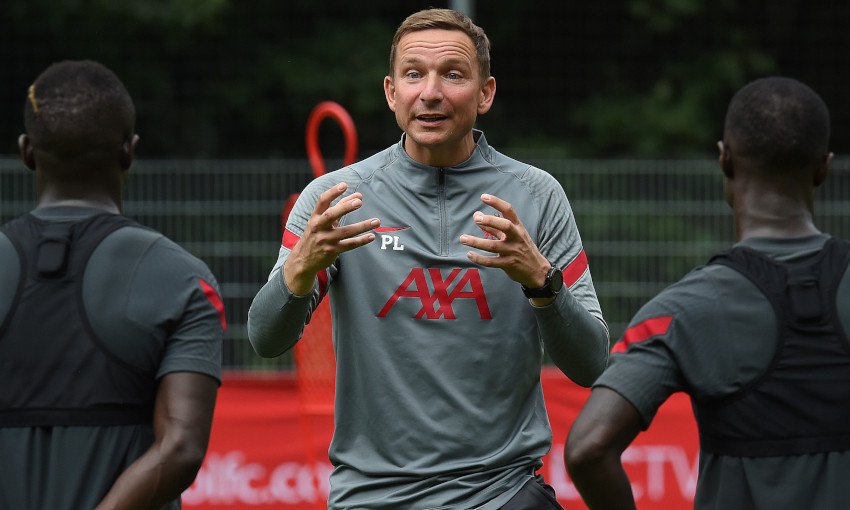 Liverpool are likely to make changes to their starting line-up for Thursday’s Carabao Cup tie with Arsenal at Anfield, Pepijn Lijnders has confirmed.

The Reds defeated the Gunners 3-1 in the Premier League on Monday evening, but now take on Mikel Arteta’s side once more in a fourth-round encounter of the tournament.

“It is really important if you have only two days in between, with our style, freshness is key,” Lijnders told Liverpoolfc.com on Wednesday morning.

“We know if you are still fatigued it is much more difficult, so it will be a strong team, a combination of youth and experience – exactly as we always put it. But especially it will be a team who has hunger, who has passion in their veins to go again at Anfield, at night in a ‘final’.”

Liverpool made 10 adjustments to their starting line-up when they welcomed Arsenal earlier this week from the side that was deployed in the 7-2 win over Lincoln City last Thursday in the Carabao Cup third round.

“One of our biggest strengths in the last seasons is the respect of each single member of the squad for the job to do,” added Lijnders. “If you’re starting or not starting, it’s a team and this respect makes us strong.

“It is important to use all of these strengths, combinations and relationships again and we’re looking forward to it.”

Monday’s win against Arsenal made it nine points from nine for Liverpool at the start of the 2020-21 campaign.

Goals from Sadio Mane, Andy Robertson and Diogo Jota sealed the success; however, Lijnders believes the next meeting with the Gunners will be in a ‘different context, for sure’.

He continued: “We had the league game and now this is a cup game – and we know the history of Mikel [Arteta] with the cup games and it’s strong.

“There are only two days in between [the games]. They will try to improve, of course, the same as what we will do. We look forward to it.

“As an example, if you look at all good teams in history and also at this moment in time in Europe, they possess a real identity – and Mikel has installed this identity at Arsenal.

“It will be pretty similar I think [in terms of approach] and the same for us. The main thing is the recovery process if you have only two days in between – how do you gain freshness again?

“How can you make sure the players are really ready to play again our way and impose our game? That is what now counts.”