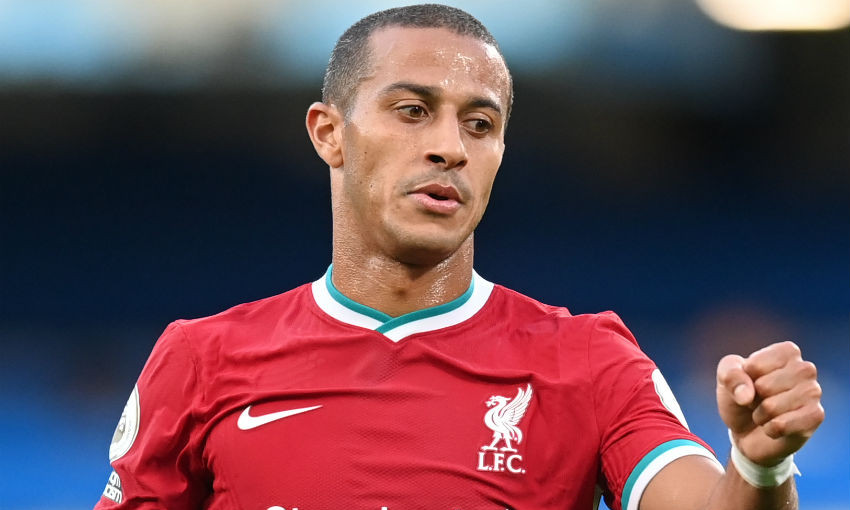 Thiago Alcantara could make his first start for Liverpool against Arsenal at Anfield on Monday.

The Spain midfielder debuted for the club as a half-time substitute during last weekend’s 2-0 win over Chelsea and, ahead of the champions’ next Premier League assignment, Jürgen Klopp was quizzed on whether his new No.6 is fit to be in the XI versus the Gunners.

“We will see, we will see,” the boss stated on Friday. “We have a few days to train, some boys have to recover from last night, so we will see how we set up against Arsenal.

“I have an idea, but why should I make the decision today when we have time until Monday? But he is in contention, for sure. Yeah, let’s see.”

Joe Gomez returned to training on Friday after missing the Reds’ previous two matches due to a minor injury, but Jordan Henderson and Joel Matip (both muscle) remain sidelined.

Klopp continued: “Billy [Koumetio] the kid is back in training. Joel not, pretty much. Hendo not yet, that was clear - this game is for sure too early. I think that’s it, pretty much.”

For Arsenal, Cedric Soares (tight calf) and Kieran Tierney (tight groin) were absent for the midweek Carabao Cup win over Leicester City, while Sokratis Papastathopoulos’ aim was to be back in training this week after a calf issue.

The Gunners have come out on top in the last two meetings between the sides, but Arteta stressed how difficult he expects Monday’s game to be during his own media briefing.

“We know the standards that they have set in this league, how consistent they have been, and that is because they dominate almost every aspect of the game,” Arsenal’s manager said.

“So we need to be at our best, we need to compete really well against this team and hopefully the boys are able to do that on Monday.”