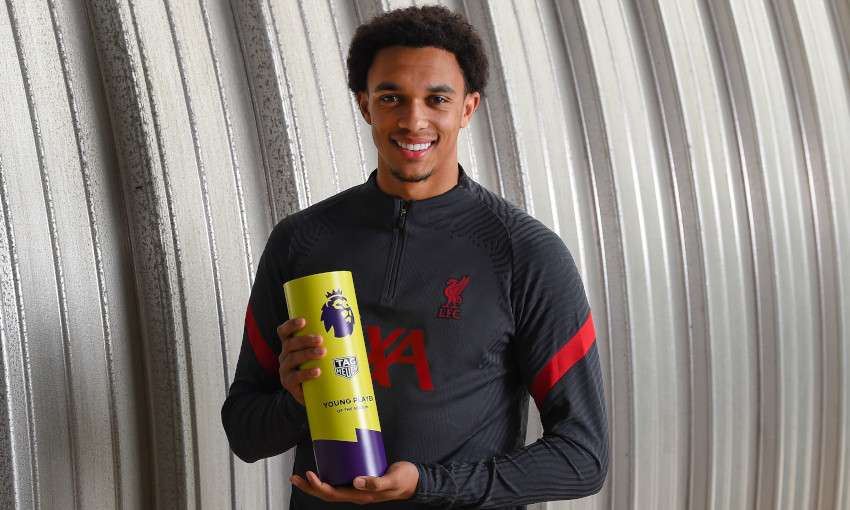 Trent Alexander-Arnold was presented with his Premier League Young Player of the Season award at Melwood on Thursday.

The defender received the trophy at the club’s training complex having been announced as the winner last month for his outstanding performances during 2019-20.

Alexander-Arnold figured in all 38 games as Liverpool roared their way to the Premier League title and ended a 30-year wait to be crowned domestic champions.

He also set a new landmark for number of assists by a defender in the competition, beating his own record, as he laid on 13 goals for teammates.

The 21-year-old was named as the PFA Young Player of the Year earlier this week.