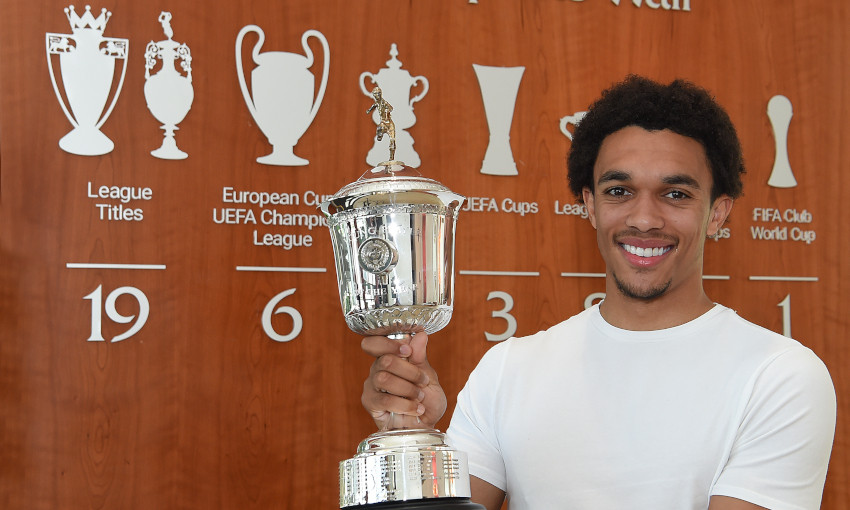 Trent Alexander-Arnold has been named the PFA Young Player of the Year for 2019-20.

The right-back, who featured in every Premier League game as Liverpool were crowned champions last season, received the coveted individual honour after winning a vote of his fellow professionals across the country.

He emerged as the winner from a shortlist that also included Tammy Abraham, Mason Greenwood, Mason Mount, Marcus Rashford and Bukayo Saka.

“Being a part of the names that I’ve seen on here, and to be a part of such an amazing trophy and be able to receive it, is an unbelievable honour for me and my family. It’s something we’ll always be proud of,” said the 21-year-old upon being presented with the trophy.

“These types of awards, when it’s voted by people who have played against you and can maybe admire or respect the things you do on the pitch, is amazing. 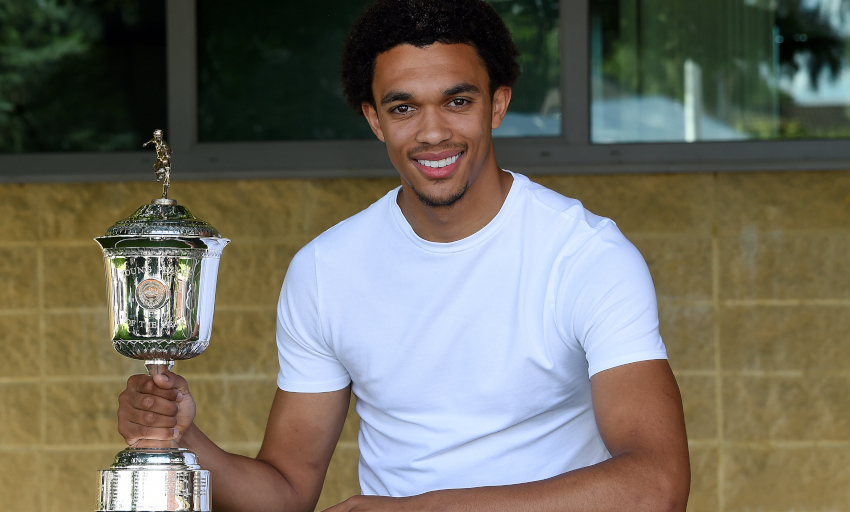 Alexander-Arnold scored four goals and provided 13 assists in the top flight as Liverpool surged to the championship with a club-record 99 points.

His tally of assists set a new benchmark for a defender during a single Premier League season, bettering his own record from the previous campaign by one.

The England international had already helped his boyhood club lift the UEFA Super Cup and then a first ever FIFA Club World Cup in 2019 before the domestic title was clinched in the summer.

He was also one of five Reds named in the 2019-20 PFA Premier League Team of the Year on Tuesday evening.

“Obviously first off I’ve got to say thanks to my friends and family, everyone who has helped me achieve this and to get to this point so far,” the Academy graduate added.

Watch: Trent on PFA Young Player of the Year award

“Without them I wouldn’t be able to be here. They are the ones that see me after we get beat and they’re the ones that help me put those games behind me and keep focused and keep going. I’ve got to give thanks to them.

“Everyone at the Academy for the 10 to 12 years that I was down there, who taught me everything I know really and helped me along the way. I spent the majority of my career and my youth life at the Academy, day in and day out. It’s thanks to those people who moulded me into the person I am today.

“And obviously my teammates – without them none of this would be possible. The things we’ve achieved as a team are unbelievable. Hopefully there’ll be many more moments like this.”