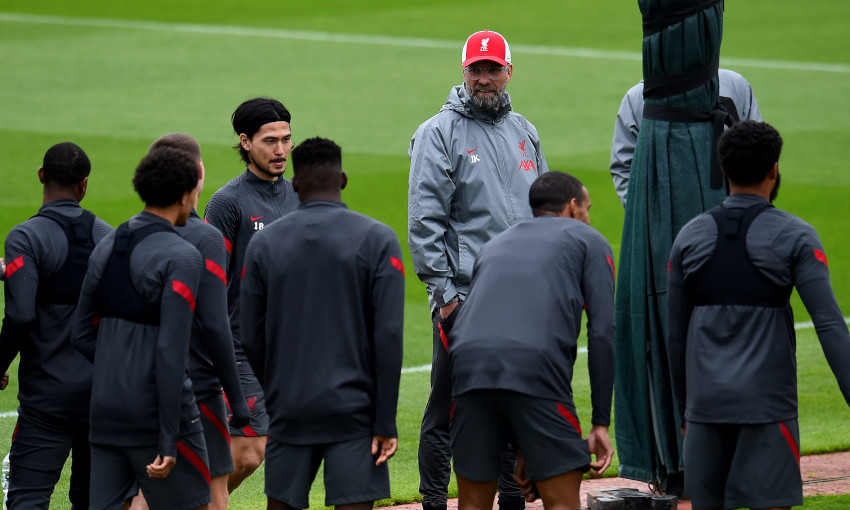 Jürgen Klopp will make a late decision on his matchday 18 for the meeting with Leeds United as he selects from a near-fully fit Liverpool squad.

The Reds boss is optimistic Jordan Henderson, Xherdan Shaqiri and Kostas Tsimikas will further bolster his options after those on international duty returned this week.

Indeed, Klopp acknowledged during his pre-match press conference that some must miss out this weekend simply due to the limits of the teamsheet.

Asked about the possibility of Henderson, Shaqiri and Tsimikas featuring in the Anfield clash, the boss said on Friday: “Not finally decided yet.

“They are all in training pretty much, all of them. So we will make late decisions about that, but it looks rather promising than not.

“But we have in the moment a lot of players available, here in training. They all came back now, so not all of them will be involved even if they could be involved, that’s the situation.” 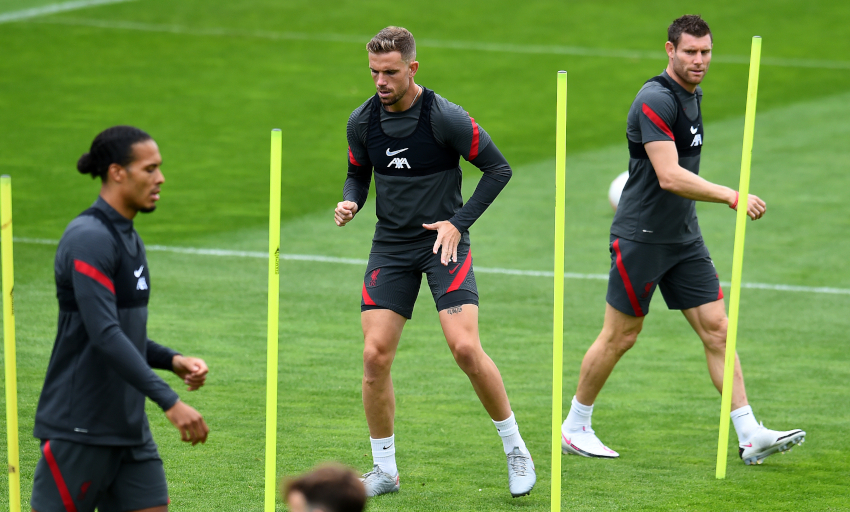 Seventeen years after James Milner played for Leeds on their last top-flight visit to Anfield, the midfielder could make his 150th Liverpool league appearance.

Klopp expects the style of Marcelo Bielsa’s team to be even more suited to the Premier League than the Championship, which they won in 2019-20.

“If we are not ready for intensity, we have a problem, 100 per cent, because they will be ready. They were always ready,” he said of the visitors.

“Unfortunately, we don’t play them after they played six games in seven days, so they are pretty fresh, had a good pre-season, and now they will be completely charged. But we [will be] as well, so let’s give it a go.”

Bielsa, meanwhile, is preparing to bring Leeds to Anfield for a Premier League game for the first time since October 2003.

On that occasion, the Yorkshire side succumbed to a 3-1 defeat, while more recently, the Reds recorded a 2-0 success on Merseyside over their opponents in a League Cup tie in 2016.

Having fallen at the play-off semi-final stage a year earlier, The Whites powered their way to promotion last term by topping the Championship with 93 points – 10 clear of second-place West Bromwich Albion.

“It’s a very special game,” Bielsa reflected ahead of the trip to Anfield. “Full of different scenarios to last season.

“Liverpool are a just champion with a consistent style of play. Without a doubt one of the best teams in the world. They have a defined system with very good players.

“It’s the best league in the world and it requires you to be at the highest level. It’s difficult to assimilate how we are going to adjust to the Premier League. We prepared for this, but we need to show it on the pitch.

“[Our players] have been forming a group for some time and they have maintained the players they feel can play at a higher level.”

Leeds have added several players to their ranks over the course of the summer; most notably club-record signing Rodrigo from Valencia, as well as snapping up Freiburg defender Robin Koch.

Bielsa reported that both players are in ‘very good physical condition’ ahead of the game – and the Argentinian tactician has no injury concerns to contend with, barring the long-term absence of Adam Forshaw.