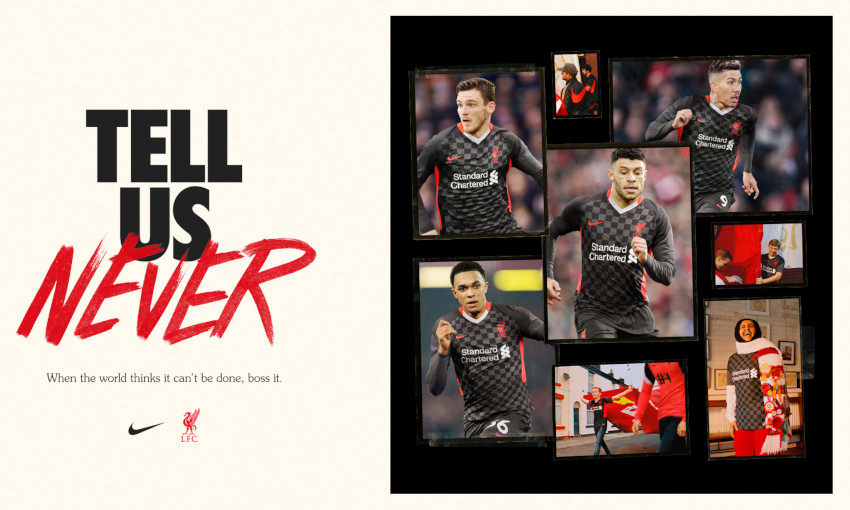 Liverpool FC has revealed its third kit for 2020-21, the final strip to be launched by the club for the upcoming season, which will be released on general sale next week.

Taking inspiration from the iconic European nights played at Anfield, the third kit’s design is heavily influenced by the array of chequered flags and banners that decorate the Kop for each home game in European competition – a tradition heavily embedded in the club’s history and one which helps to create the unrivalled atmosphere on the Kop. 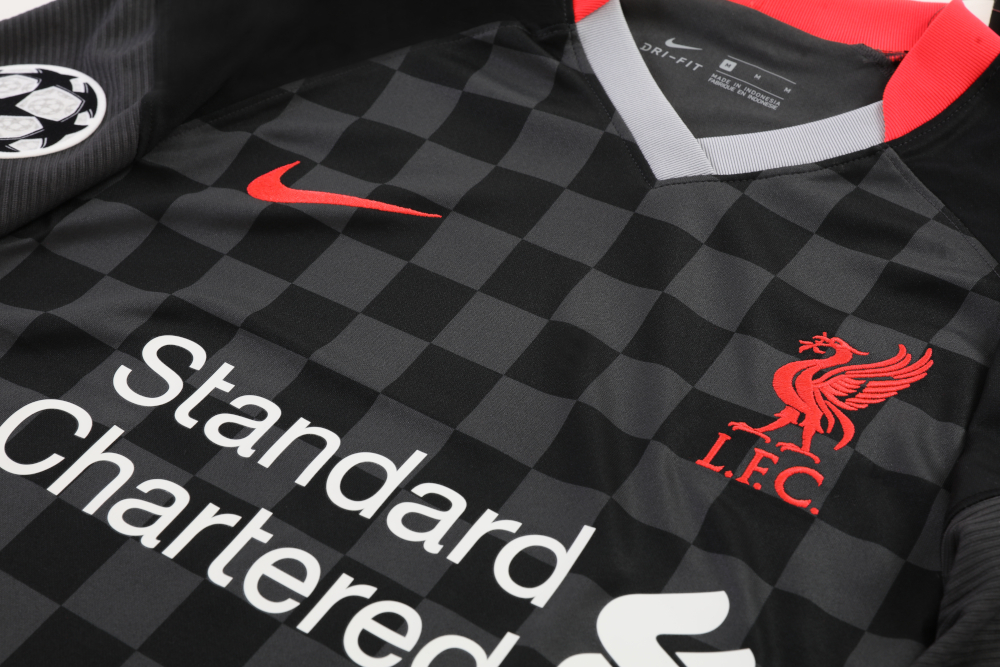 The third kit pays homage to those occasions with a black and anthracite check pattern on the front and back of the shirt, combined with crimson side panelling and a V-shape neckline. Black and anthracite can also be seen on the sleeves to seamlessly blend the colourway together.

Demonstrating the passion and atmosphere of the Kop, representatives from key supporter group Spion Kop 1906 take their place on the third kit unveiling images, along with local supporter and fashion designer Nadia Atique. 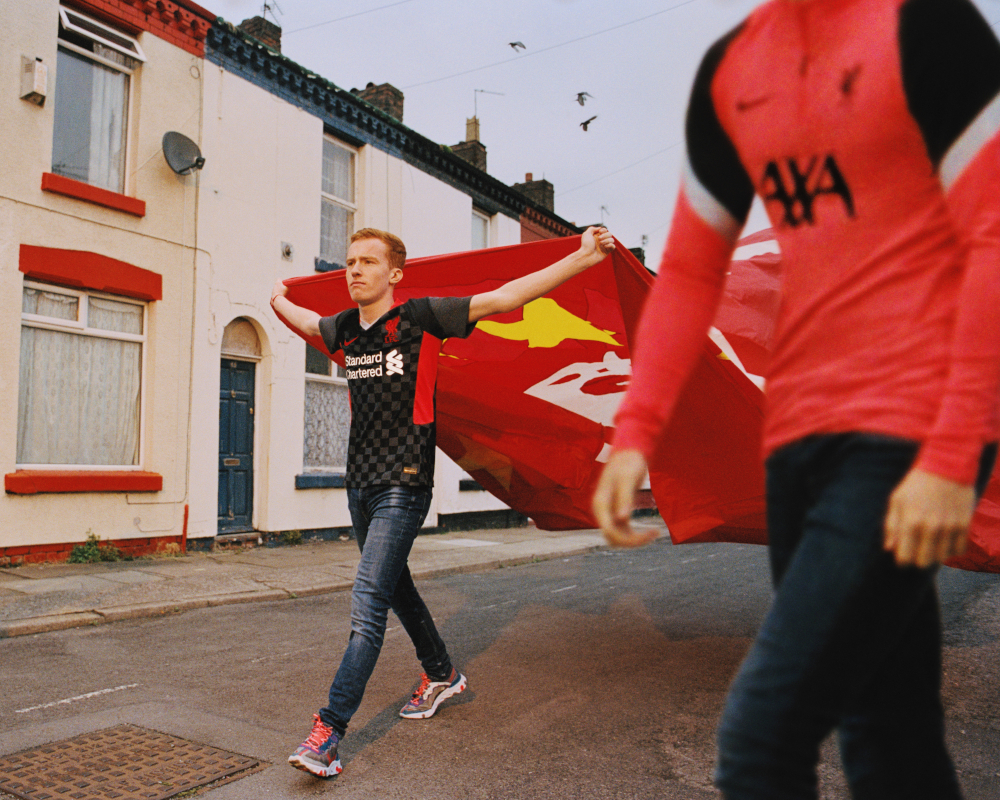 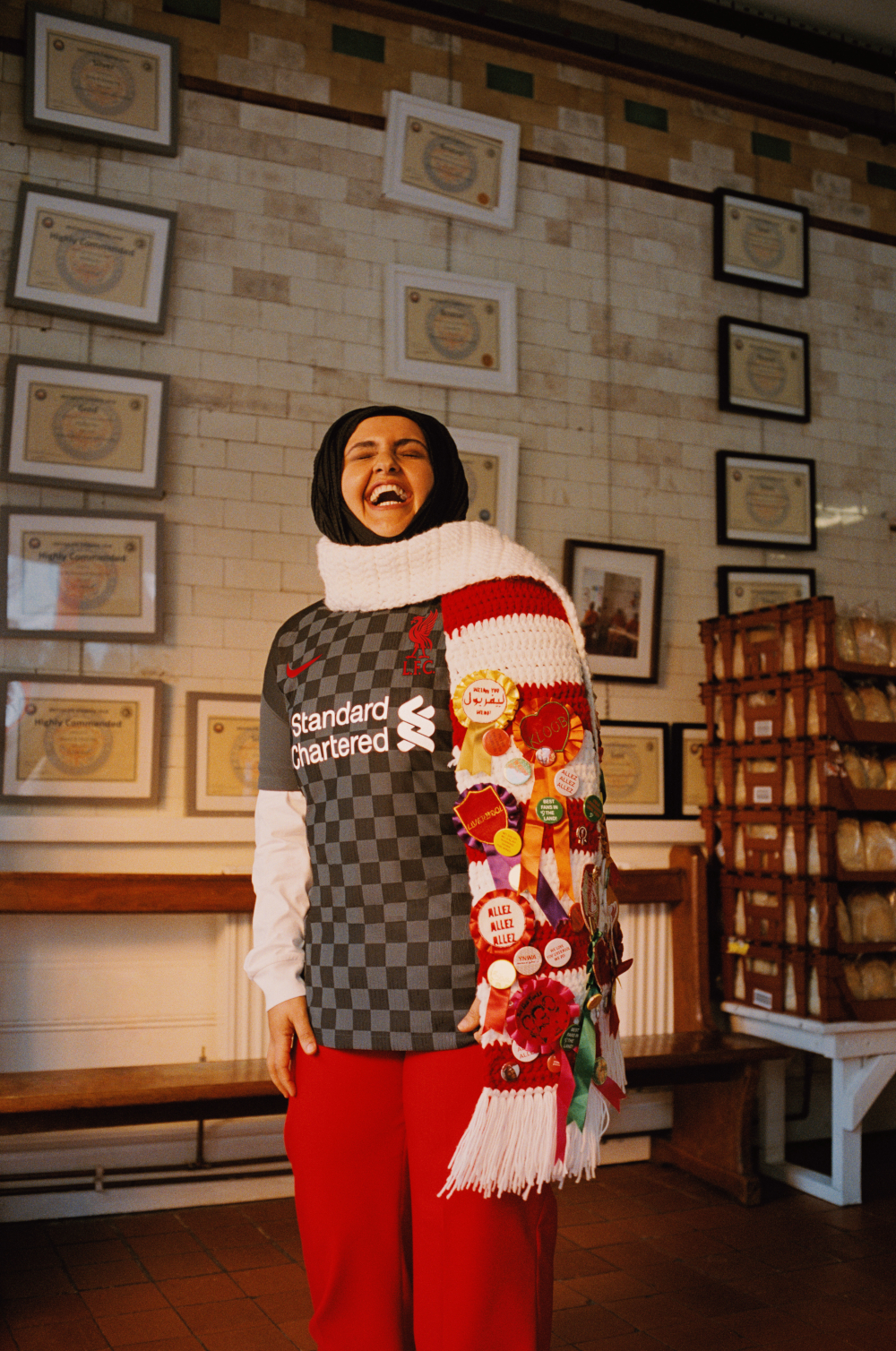 Spion Kop 1906 play a huge role in organising the flags and banners that adorn the Kop, the main inspiration behind this season’s third kit, while Nadia is an LFC-obsessed fan who grew up in the shadows of Anfield, defying expectations off the pitch with her mission to transform football fashion for women.

This season, the club has also introduced a new crimson name and number in the LFC style (an alternative to the Premier League) to complement the third kit colourway, which will be printed on shirts.

“It’s always special to pull on the Liverpool shirt, especially when we get to play in European competitions at home in front of our fans,” said Alex Oxlade-Chamberlain.

“There are no words to describe that feeling of walking out in front of our supporters on those special nights. This shirt is a great celebration of our club’s history and I can’t wait to wear it on the pitch.” 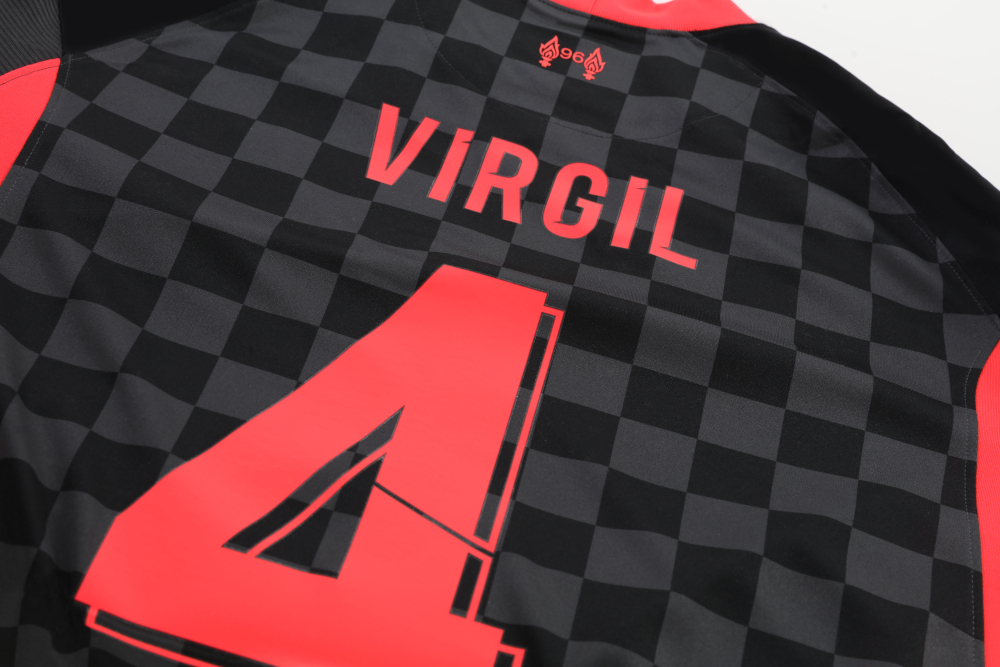 Scott Munson, VP Nike Football Apparel, said: “For the Liverpool FC third kit we explored the long-standing traditions of the club and how we could bring that to life through the lens of sneaker culture.

“We were inspired by the atmosphere of the Kop on those special European nights and an iconic Air Max colourway combined to create a third kit that delivers on style and performance.”

Our chequered flags are a familiar sight… Now they’ve inspired the design of our new third kit 👌 https://t.co/KuaZE5hRQP

Also available online from Tuesday September 15 will be the new Nike Air Max 95s in the third kit colourway, but only a limited number of products will be available.

Supporters will also be able to get their hands on the new third kit training range in store and online from Tuesday September 22.