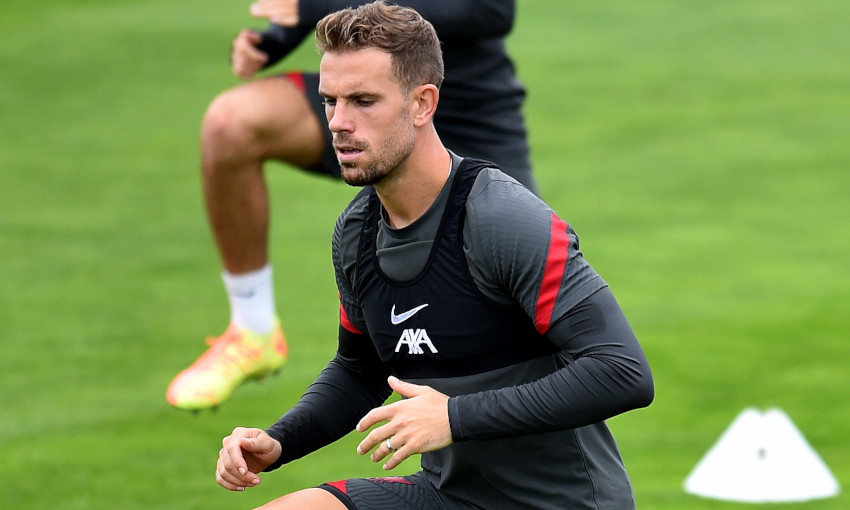 Jordan Henderson can reach 400 appearances in all competitions for Liverpool during the forthcoming season.

The Reds captain requires 36 games in 2020-21 to achieve the landmark figure, which only 26 players have previously surpassed in club history.

In our latest preview to the new campaign and its potential themes and subplots, we take a look at the numbers behind the looming milestone for the skipper.

With Liverpool set to kick off against Leeds United on Saturday, the No.14 has been stepping up his rehabilitation from the knee injury that ruled him out of the run-in in July.

Should he continue the trend of the previous three seasons upon his return – he clocked up a minimum of 40 matches in each – Henderson will be on course to total 400 in the closing weeks and months of 2020-21.

The timing would therefore align closely with the 10th anniversary of the midfielder’s arrival at the club; he sealed his transfer from Sunderland in June 2011 and began his haul of appearances with a debut two months later.

The most recent man to reach the 400-game mark for the Reds was Steven Gerrard, who did so in October 2007 before eventually finishing on 710 when he departed in 2015.

Henderson, who of course became the first Reds captain to lift the title for 30 years in July, will also be confident of progressing up the club’s list for wins in the Premier League.

The 30-year-old has been involved in 162 victories for Liverpool in the top flight, 10 short of Hyypia in third place; Carragher and Gerrard again lead the way with 264 and 255 respectively.