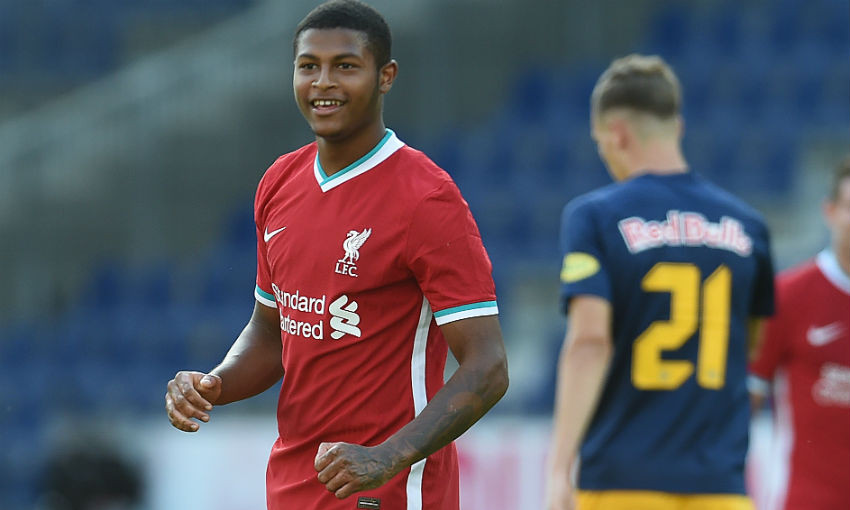 Rhian Brewster will keep working hard after scoring a clinical second-half brace to earn Liverpool a 2-2 draw with Salzburg.

The Premier League champions trailed 2-0 when Brewster was introduced as one of several changes made by Jürgen Klopp around the hour mark of Tuesday's friendly at Red Bull Arena.

The striker duly produced two fine finishes to ensure the Reds’ second pre-season match ended all square, with his double adding to the goal he netted in last Saturday’s 3-0 win over VfB Stuttgart.

Brewster told Liverpoolfc.com: “It’s good to come on and score two but it’s just [about] working hard and trying to impress.

“It was tough, don’t get me wrong, but yeah, to come on and score two was very good. But for me, it’s not about the goals at the moment, it’s about working hard and running for the team and that’s what I’m trying to do.”

Read on for more from our post-match chat with the No.24... 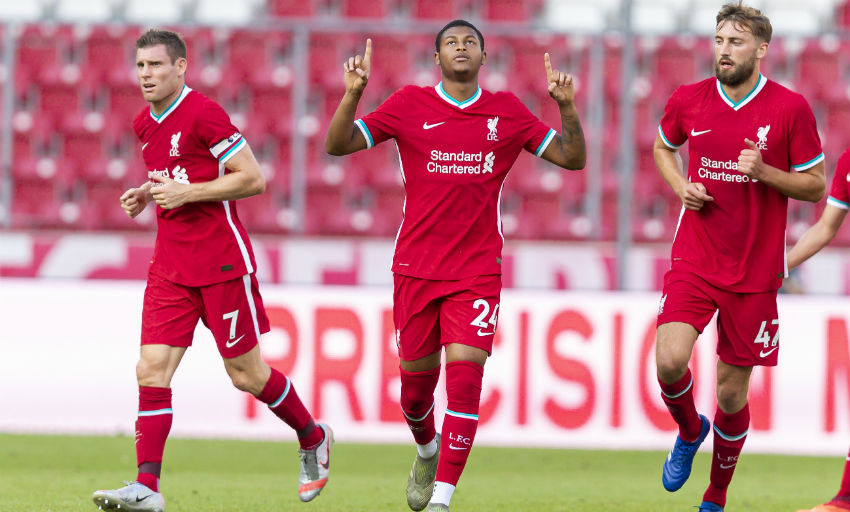 How determined are you make the most of every opportunity you get to impress the manager?

How much has your successful loan spell at Swansea City helped you?

I think it’s helped me quite a lot, playing a lot of games, and also men’s football because it’s a fight. Playing in the Championship, you always have to fight for every single result and I think it’s helped me in that regard, to fight for everything. Also, like I said, to score there as well was good but for me… everyone says I’m a good finisher but for me it’s about working hard and working hard for the team.

Did you feel like a different player when you came back for pre-season with Liverpool?

Finally, the first competitive game of 2020-21 arrives on Saturday against Arsenal in the FA Community Shield. It’s a chance to start the season with some silverware…