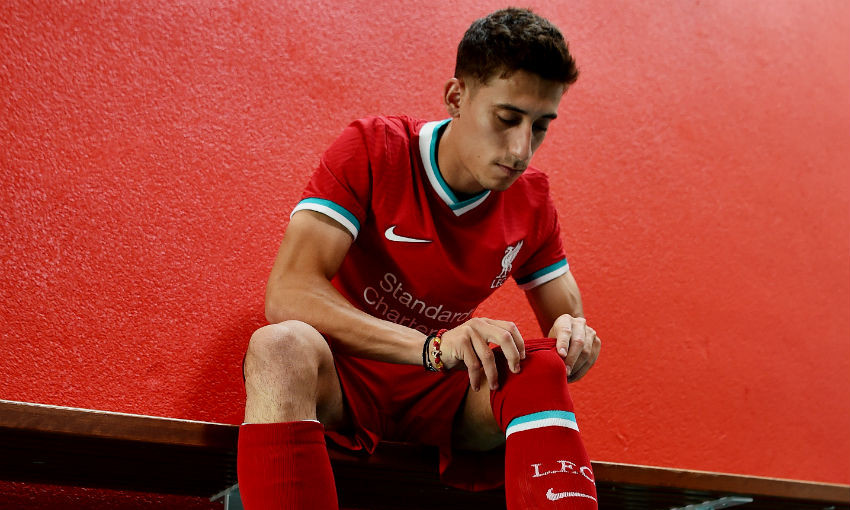 If Kostas Tsimikas ever wants to know anything about Liverpool, no doubt he'll turn to a close friend who happened to play for the club.

The pair struck up their friendship while both out on loan at Eredivisie side Willem II for the 2017-18 season, bonding over coffee and meals outside of first-team football life.

Naturally, Chirivella was ecstatic when news of Tsimikas' transfer from Olympiacos was confirmed on Monday evening.

"We used to hang out a lot after training and it's a friend that I will take for life," the Spaniard tells Liverpoolfc.com. "I'm very happy.

"I texted him yesterday, the first thing I did was congratulate him and his family.

"I know he was waiting for an opportunity like this for a long time and finally he got it, so I'm very happy."

That spell at Willem II – the former club of Virgil van Dijk and Sami Hyypia – proved to be a key period of Tsimikas' career. There, he massively heightened his exposure to senior football.

He started in all but one of his 37 outings that term, scoring six goals in the process. That, in turn, captured the attention of Liverpool even back then.

"I remember he grew up a lot. That year was crucial for him," Chirivella, now of FC Nantes in France, recalls. "We had similar seasons, we were both on loan from big clubs and we performed very well. It was a very good step for Kostas.

"I know when I was there at Willem II, [people] from Liverpool came to watch Willem II and they were looking at him as well because he was the standout player for the team.

"The first week of training I could see he could get to the top. Very, very talented. He likes to get forward a lot and also he has a special mentality.

"He's a real winner and he doesn't care who is the winger facing him because he's going to be at his best. When you have a mentality like that, it's easier to perform.

"One of the features of his character is that he's a winner, he's got a good mentality and he's a fighter. The harder the game was, the better he performed."

Jürgen Klopp has welcomed the arrival of an 'ambitious' and 'very good' footballer, who gathered title-winning and Champions League experience at Olympiacos.

He'll bolster Klopp's defensive ranks ahead of the 2020-21 campaign, with Chirivella confident the new No.21 will fit in well with the style and set-up of the team.

"He's got similar qualities to Robbo – he likes to get forward but he's very good defending one-v-ones," Chirivella notes. "I think he's going to be a great signing for the club.

"He [Klopp] will be very important for Kostas, I think he will learn a lot. He's still young and he still has a lot of things to improve [on], like everyone, so he will be perfectly managed by the gaffer."