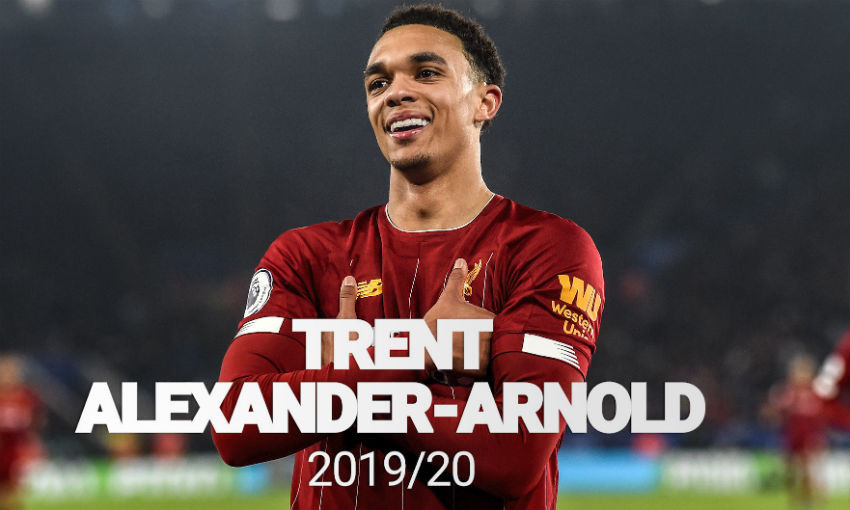 Trent Alexander-Arnold was an ever-present as Liverpool stormed to the Premier League title - watch his individual season highlights now.

The right-back played in all 38 of the Reds' top-flight matches - including 35 starts - and was once again a creative force for Jürgen Klopp's champions.

Alexander-Arnold broke his own record for assists in a Premier League campaign by a defender with 13, and also chipped in with four goals of his own.