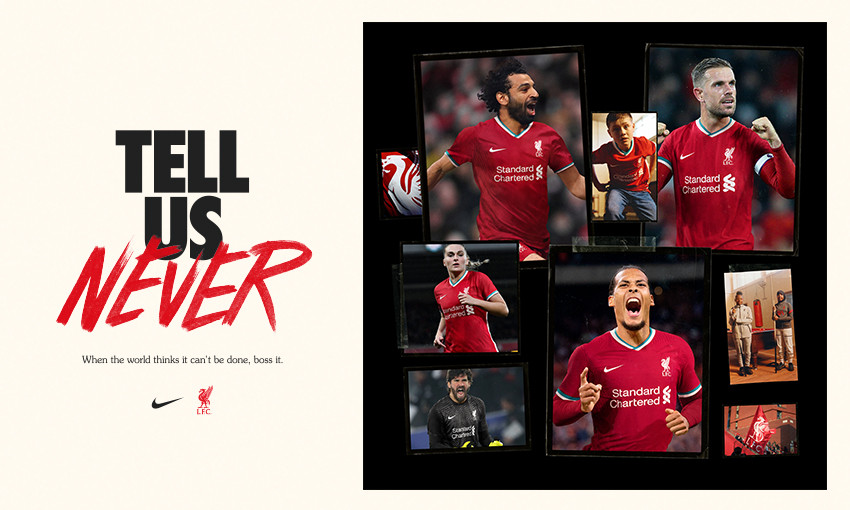 Liverpool FC has today revealed the new Nike home kit for the 2020-21 season, which is now available to pre-order.

The first Reds strip to be designed by Nike as part of the new partnership, the home shirt sees a traditional vibrant red jersey, accented with teal and white around the V-neck collar and sleeves.

Red, white and teal has been a traditional colourway used throughout the club’s history, relating to the traditional crest, while also appearing as a prominent feature on the iconic LFC jersey since the club was founded in 1892.

Teal is also a colour that represents the city of Liverpool, reminiscent of the shade of the Liver Bird that sits at the top of the famous Liver Building.

“I’ve been part of the Nike family for a while now and have an incredible relationship with them,” said Virgil van Dijk. “I’m very familiar with the quality of the design and innovation that goes into making a kit like this. Stepping out as champions next season in this kit will be really special.”

LFC’s unique name and number style is also available again this season. The fonts have been designed to embody iconic characteristics of Anfield and the surrounding area and come in white for the outfield players’ jersey.

Following the success of the 2019-20 season, supporters will also be able to purchase gold Premier League patches and the FIFA Club World Cup winners’ patch to be added onto their shirts. 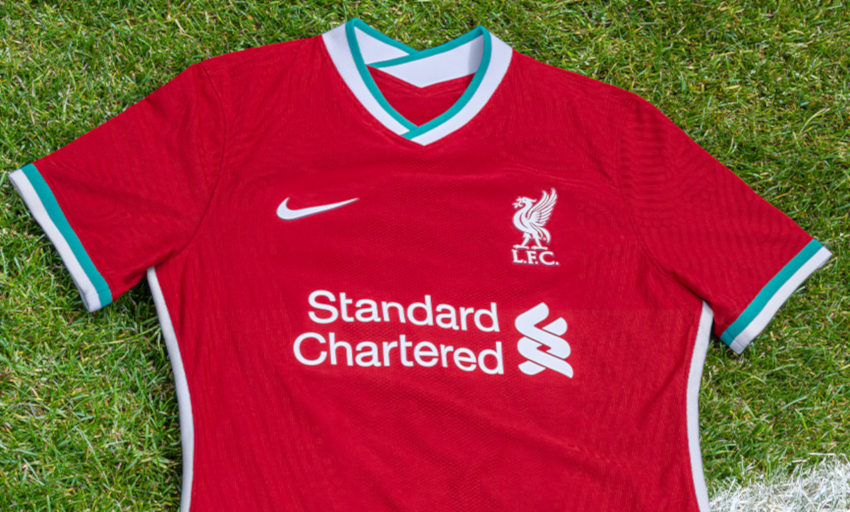 Billy Hogan, managing director and chief commercial officer at LFC, said: “We said back in January, when we first announced the new partnership with Nike, about our expectations on them becoming an incredible partner for the club. We’re so excited to be starting this journey with Nike, the global leader in sports apparel, and we look forward to working together to bring performance and lifestyle product to our supporters in the years ahead.”

To celebrate the kit launch, working alongside Red Neighbours the club is also donating 100 home kits to young people in the Anfield area who have made a difference to their local community during lockdown.

The youngsters will be carefully selected by teachers from the 25 schools based near Anfield, local community leaders and the Red Neighbours team for the fantastic contribution they have made to support others in the local area during these challenging times.

Nike is also committed to supporting the local community and is working with Earl Jenkins and Kingsley United, who play from the the Tiber Street Partnership, to lower the barriers to entry and offer play and sport-based programming for young people aged four to 16 in the community.

Nike will also be opening a brand new shop-in-shop experience at the Anfield retail store from Thursday August 6, where supporters can purchase the entire Nike range, including home kit, the new training kit and Express lifestyle collection, which will also be launching on this day.