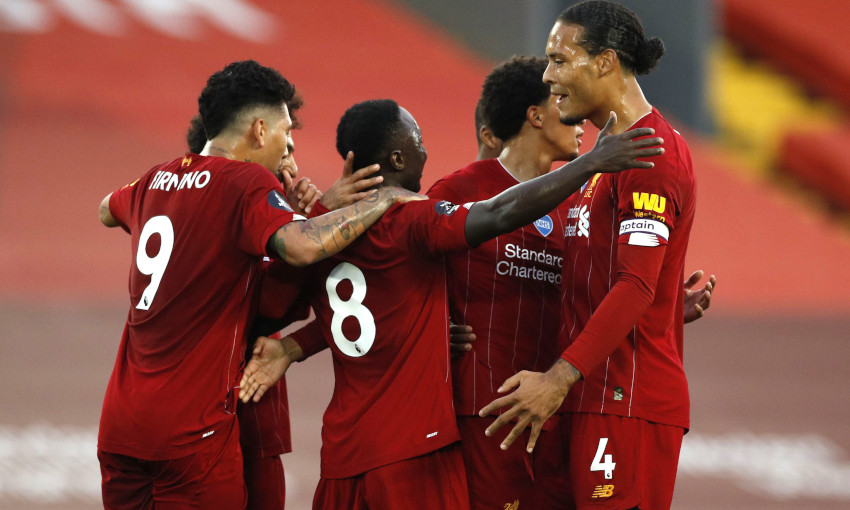 Liverpool’s No.8 again caught the eye as the champions concluded their Premier League title-winning season by beating Newcastle United 3-1 on Sunday.

Having seen his campaign disrupted by injuries before lockdown, Keita featured in all nine of the Reds’ matches following the resumption of 2019-20 in June, including five starts.

He followed up superb assists against Aston Villa and Brighton & Hove Albion with a thunderous opening goal as Jürgen Klopp’s team defeated Chelsea 5-3 prior to receiving the Premier League trophy last week.

And Van Dijk is delighted that the midfielder has been able to showcase his considerable talents.

“Naby is a fantastic guy, he works so hard and he is an outstanding football player. We see it week in and week out. He has unfortunately been unlucky with some injuries, but hopefully he can stay fully fit for the next season.

“I think he is world-class, if I’m absolutely honest. I see all the moments when he has the ball, the smart moves, the smart intelligence. It’s just incredible to see and I’m very happy for him.”