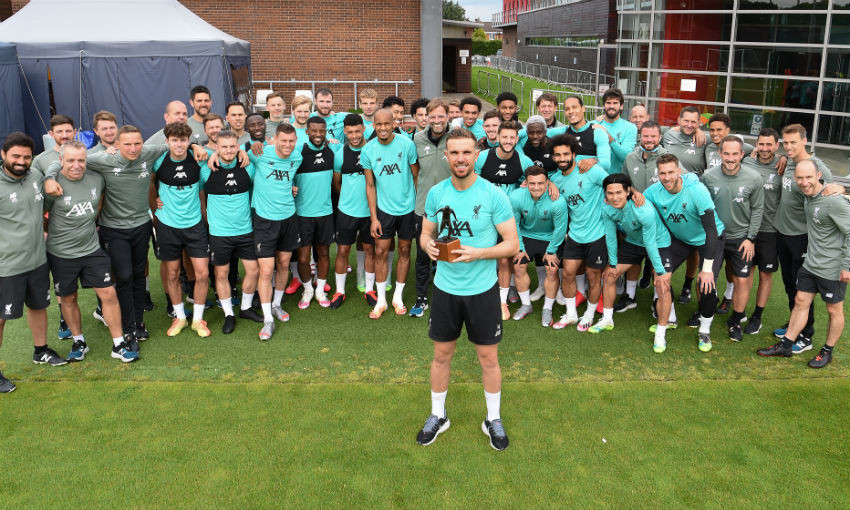 Jordan Henderson today posed with his Football Writers' Association Men's Footballer of the Year award at Melwood while surrounded by his Liverpool teammates.

The Reds captain was named winner of the 2019-20 prize on Friday morning and proceeded to dedicate it to every member of Jürgen Klopp's squad.

The midfielder is the 12th Liverpool player to receive the prestigious accolade and was confirmed as its recipient just two days after lifting the Premier League trophy.