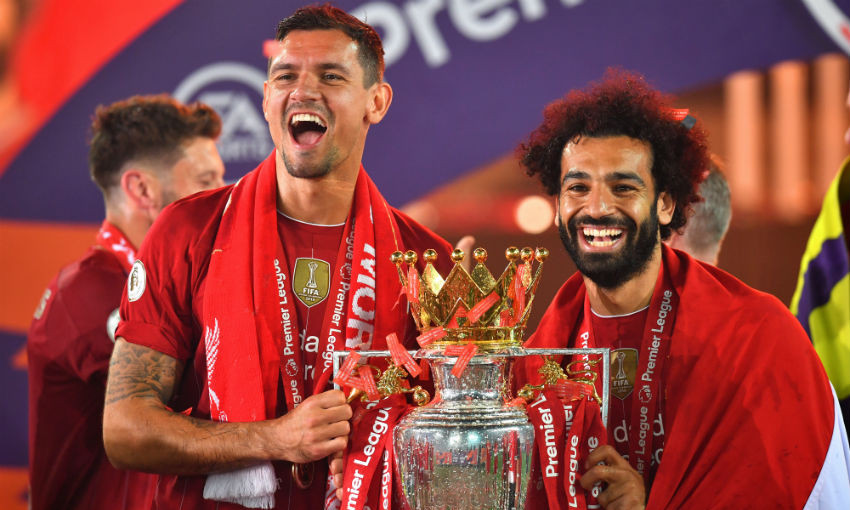 Mohamed Salah is already looking ahead at what he and Liverpool can win next after lifting the Premier League title.

Salah got his hands on the top-flight crown on Wednesday evening to end the club's 30-year wait for that particular piece of silverware.

And now having claimed his fourth major honour as a Red, the Egyptian is more than keen to continue the habit of adding to Liverpool's honours list.

"Great, a great feeling to win the Premier League with the club after 30 years," he told the BBC. "It’s a dream come true.

"We need to keep the hunger for next season as well because next season is going to be more difficult than this one. Other teams will try to strike back again to win titles.

"But I think the hunger can drive us again to win another trophy and another one. Hopefully we can do that. We have to fight for that, that has to be the main target.

"So the thing is, now we have to change that mentality. You have to find the point in your head that drives you forward and keep that hunger for next season and still after.

"I don’t know why we can’t win the Premier League two times or three times. It’s only in our head. I think if you keep that hunger and we fight with all we have, it will be OK to do it next season, it will be possible."

Salah notes the year-on-year improvement made by the team during his time at the club, which has been fuelled by a combination of success and disappointment.

He continued: "For sure, you win the Champions League, you lose the Premier League with one point difference last season; it wasn’t that bad, you had an unbelievable season.

"The year before you lost the Champions League final, so the progress we had is really good, the team we are building is great.

"Every year we have to keep the improvement and what squad is feeling right now. That’s why we won the Premier League with seven games in hand."

Salah made history when Liverpool sealed the title on June 25 as he became the first Egyptian player to ever win the Premier League.

On the reaction back home, the No.11 said: "It was great, the people are still very happy about winning the Premier League, especially with Liverpool.

"As you know, Liverpool is really, really big in the Middle East and becomes bigger and bigger of course. The people there are following the games and supporting the team like crazy.

"I’m really proud of that, I’m really happy the people are behind me and behind the club all the time."