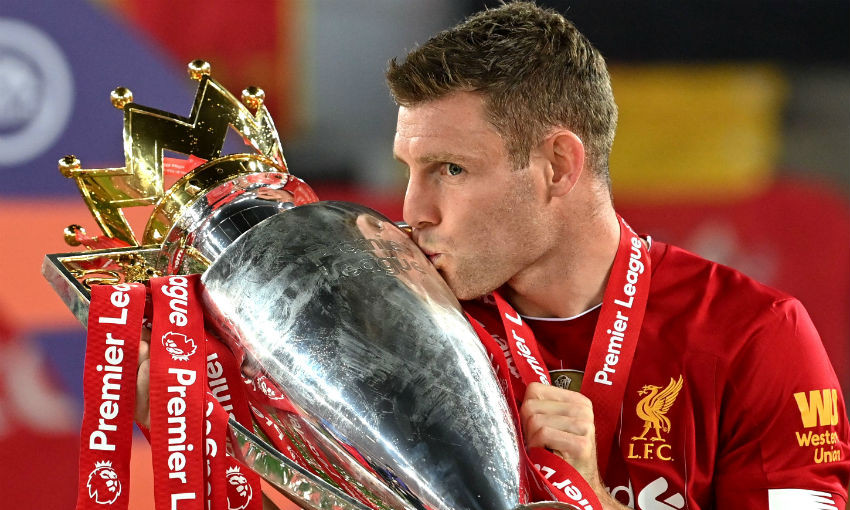 James Milner has stated that an unquenchable desire for improvement gives Liverpool the motivation to round off their title-winning season by beating Newcastle United.

The champions conclude their campaign this afternoon and would set yet another club record with victory at St. James’ Park.

A 32nd top-flight win of 2019-20 would lead the Reds to finish on a staggering total of 99 points - two more than they posted as runners-up last term.

And Milner has explained that the mentality fostered by Jürgen Klopp, coupled with the responsibility the squad feel for the badge, means Liverpool are focused on ending an unforgettable season in fitting fashion after receiving the Premier League trophy on Wednesday night.

“That’s been a strength of the team I think, since we’ve been together. We’ve got better and better at it, shifting that focus no matter what competition it is and how long we’ve got in between games, the group’s been very good at focusing on the next game,” the vice-captain told Liverpoolfc.com.

“The most important game is the next one. It’s a big strength of the team and what the manager has put into us, so we’ve had a great couple of days but the most important thing is now that we prepare and win the game. No matter what’s on the game, we want to get as big a points total as possible.

“That would mean that we’ve improved from last season, which is important, that we’re always moving forward as a group. But more importantly than all that, you’re pulling on that Liverpool shirt and that responsibility and that expectation that every time you step out onto that field is to give your best and win a football match no matter who you’re playing against.

“That’s what’s demanded from the club, the fans and ourselves and no matter who plays on Sunday - whether the manager makes changes or not - we’ve got an incredible group of players, whether it’s younger players or the senior guys, every single player deserves to be in that dressing room and pulling the shirt on.

“I don’t know what team the manager will pick but whatever team he picks, every single player will be raring to go and desperate to win.”