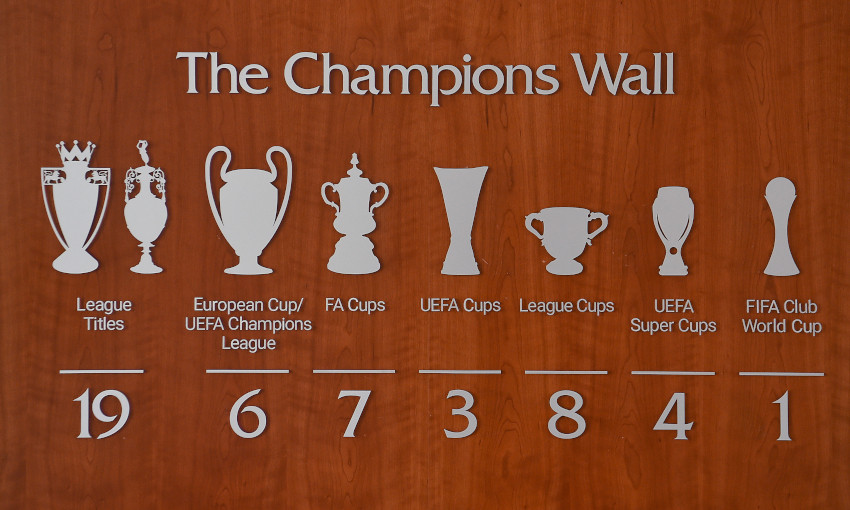 Jürgen Klopp’s Reds collected their Premier League trophy after claiming a 5-3 win over Chelsea on Wednesday night, with that piece of silverware representing the fourth lifted by this side in 14 months and the 48th major honour of the club’s history.

The necessary amendments to Liverpool’s honours list have now proudly been made at their home stadium and training ground – take a look at the changes taking place in the video below.