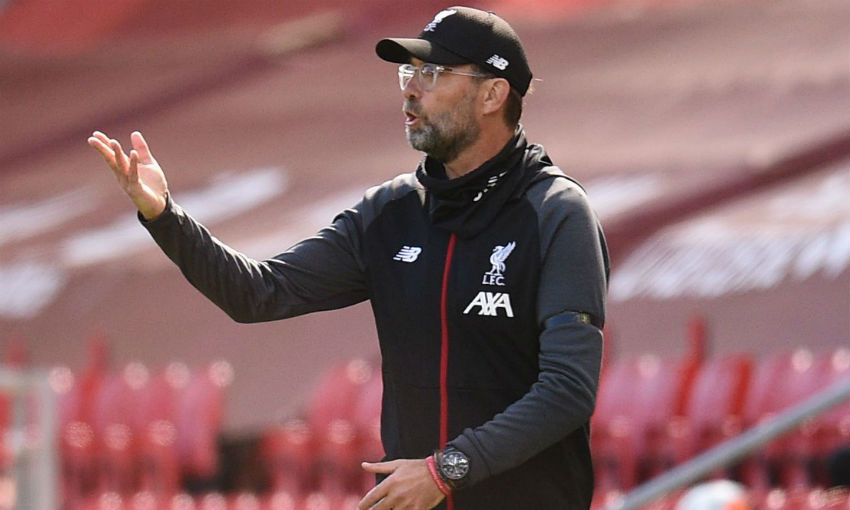 Liverpool's trip to Arsenal in midweek will be a 'different' and 'interesting' challenge, according to Jürgen Klopp.

The Reds head to Emirates Stadium looking to return to winning ways following Saturday's 1-1 draw with Burnley at Anfield.

The Premier League points record is still up for grabs for Klopp's men, providing they secure victories in each of their final three matches of the 2019-20 campaign.

Previewing Wednesday's clash, the boss told Liverpoolfc.com: "It will be different but we will have a bit more space [preparation time], which is good.

"We have one more day. The last seven days now were really incredible, three games in pretty much a week is unbelievable in that moment.

"But it is how it is and now we have one day more and then hopefully we can completely recover.

"We will and then we go again against Arsenal, which will be an interesting one."

The Premier League champions were held at home in the top flight for the first time this season at the weekend.

Klopp saluted the display of Burnley goalkeeper Nick Pope, but felt his side should have made more of their dominance throughout the encounter.

He continued: "It's not the first time in my life that my team inspires a goalkeeper to a sensational performance, but it was like it.

"But there were moments when Nick still made a save but we should have made it better. But then there were two or three absolutely outstanding saves.

"It was a super game in moments, super, super game, exactly like we wanted to do. But in the end, we left the door open for them and that should not happen.

"If you find a way in the game which causes the opponents massive problems, come on, stick to it, do it – and we did it to a specific extent. But then we were not clear enough anymore, so that's how it is.

"How I said, we left the door open for them and they used the situation, which is a special skill of that team."