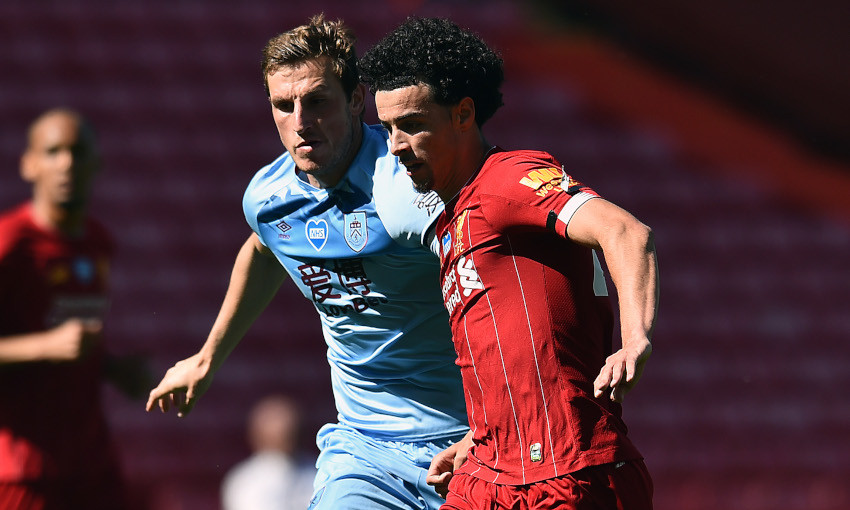 Liverpool dropped their first points at Anfield this season in their penultimate home game after they were held to a 1-1 draw by Burnley on Saturday.

After relentless pressure on the Clarets’ goal, the breakthrough arrived just after the half-hour mark when Andy Robertson headed home from a Fabinho delivery.

Burnley drew level midway through the second half when Jay Rodriguez fired in from a knockdown following a free-kick into the area.

The champions pushed in search of a winner in response, but it was the visitors who went closest as Johann Berg Gudmundsson rattled the crossbar in the final stages.

The teamsheet confirmed a first Premier League start for Curtis Jones as Jürgen Klopp elected to make four changes. Robertson, Fabinho and Sadio Mane returned to the starting line-up, while Dejan Lovren and Xherdan Shaqiri were back on the bench.

James Milner was absent due to a minor muscle issue, as too were longer-term absentees Jordan Henderson and Joel Matip. 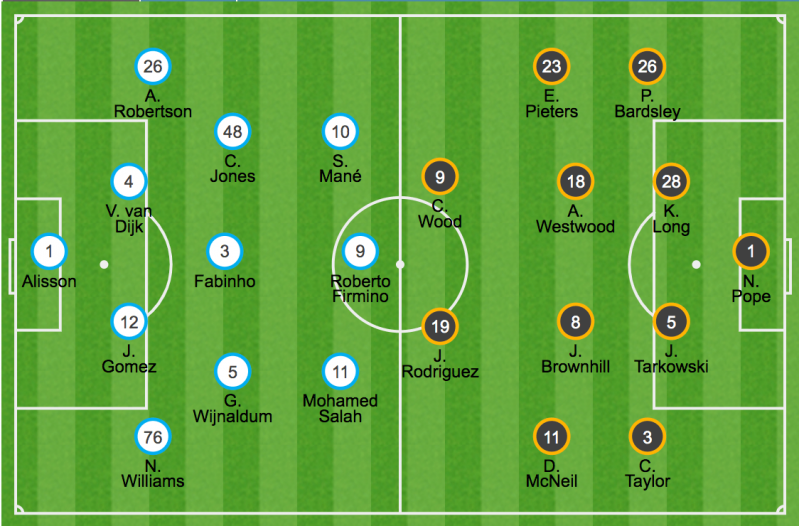 Liverpool set about taking the contest to their opponents in the early stages from the first whistle.

James Tarkowski was needed to deny Mohamed Salah from turning in Roberson’s cross before a Firmino whack was blocked by Kevin Long.

Jones then had a strike saved by Nick Pope after a dummy from Roberto Firmino and the Burnley goalkeeper pulled off a remarkable stop to push out a Salah volley from close range as the Reds turned the screw.

On 21 minutes, a slick move opened up another shooting chance for Jones; this time, Tarkowski deflected the effort behind.

Soon after, Pope’s heroics kept the scoreline level as Salah skipped into space inside the box, but saw his attempt to steer into the back of the net thwarted by the ‘keeper.

But Liverpool’s pressure finally told in the 33rd minute. A half-cleared corner was floated diagonally across the area by Fabinho, where Robertson was on hand to nod into the far corner with his head.

The half-time advantage would have been more emphatic in the hosts’ favour had Pope not conjured up another outstanding reflex save to keep out Mane’s spin-and-shot in stoppage time.

Nevertheless, the champions’ intensity level didn’t drop with the break – and four minutes after the restart, Firmino rolled a low shot against the base of the post.

Moments later, Salah released Jones bounding into space inside the area, but he arrowed wide of the near upright with his left foot.

Jones and Williams were withdrawn after a highly impressive 67 minutes, with Trent Alexander-Arnold and Naby Keita their replacements.

However, Burnley drew level shortly after when Rodriguez pounced on a free-kick into the box and drilled beyond Alisson Becker.

The home team went in search of a riposte in an attempt to maintain their unblemished Anfield record, but were afforded a let-off when Gudmundsson crashed a shot against Alisson’s crossbar from a corner.

Liverpool did create an opening in stoppage-time, but Salah swept too close to Pope from Alexander-Arnold’s delivery as the contest ended in stalemate.