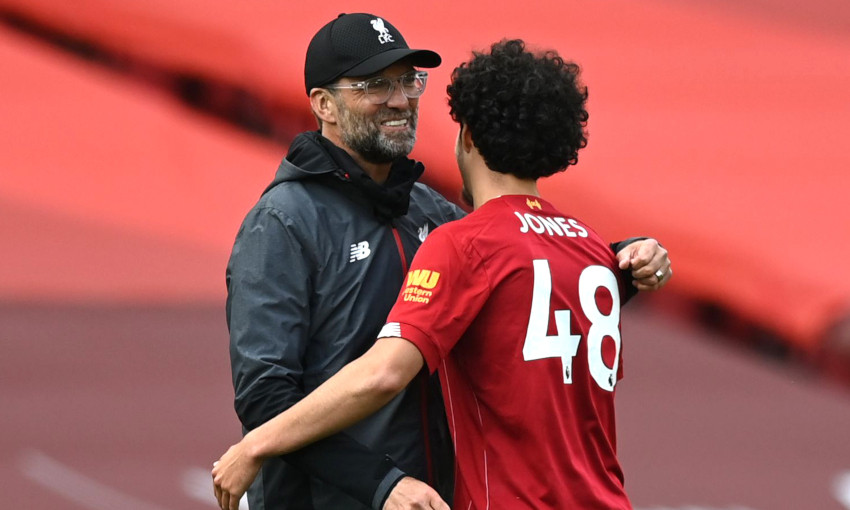 Jürgen Klopp has explained the decision to make four changes to Liverpool’s starting line-up for this afternoon’s encounter with Burnley at Anfield.

The champions hand Curtis Jones a first Premier League start, while there are also returns for Fabinho, Andy Robertson and Sadio Mane.

Elsewhere, James Milner misses out as a precaution due to a slight muscle issue, but Dejan Lovren and Xherdan Shaqiri return to the squad.

“Yeah, I would estimate that!” Klopp smiled, when asked by Liverpoolfc.com’s new Match Centre if it would represent a big moment for Jones being handed a maiden top-flight start.

He continued: “The situation is, Hendo is not available and Millie is not in the squad as well.

“Millie had this little muscle injury two or three weeks ago. It’s all good, but we cannot do it now. He trained but he felt something. He is not injured, but we should not take the risk so he is not in the squad.

“Naby is in outstanding shape, but has played a lot of football I would say. We know he has a little history with injuries, so we don’t want to take the risk – and we saw in the last few games how big the impact can be from the boys who come from the bench.

“So, it’s pretty much the same for Naby like it is for Ox and stuff like this, that the boys can come on and make a big difference and that’s why we start with the boys we start with.