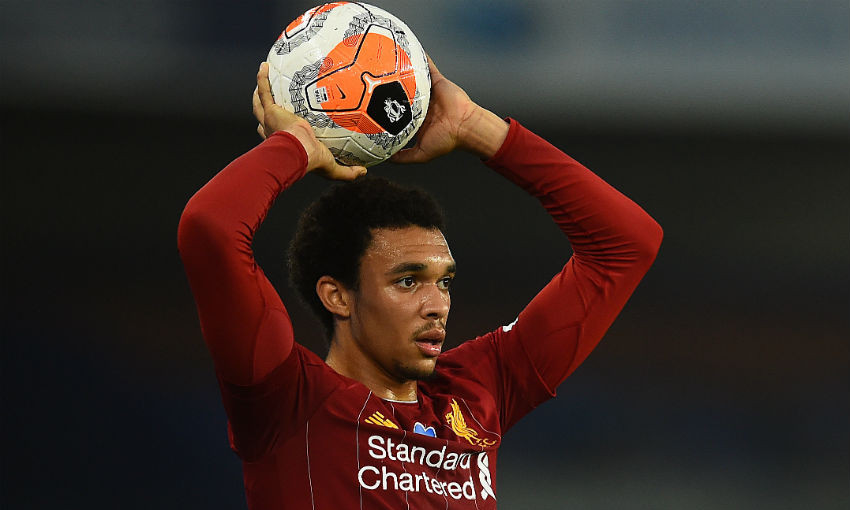 Wednesday’s 3-1 win at Brighton and Hove Albion took the champions to 92 points, meaning they need nine more from their remaining four matches of the season to surpass the benchmark set by Manchester City in 2018.

The Reds’ latest victory was their 30th in just 34 top-flight outings in 2019-20 - an unprecedented achievement - and Alexander-Arnold has stated that Jürgen Klopp’s side are determined to add further gloss to an incredible campaign.

“It is historic and probably something people haven’t seen before, but it just shows how good we’ve been over the course of the season and how consistent we’ve been,” the right-back told Liverpoolfc.com of the 30 wins milestone.

“We’ve worked hard to be able to set these type of records. We want to keep pushing, we want to keep winning and go into every game with the confidence and belief in ourselves that we can win and we should win.

“So it’s about our mentality now in the last four games and making sure we go into them with the right mentality knowing that next season is going to be tough for us.”

On the prospect of breaking the 100-point barrier, Alexander-Arnold continued: “After we won the league I think that is the main one we wanted to go after, making sure we are remembered as an historic team in the Premier League and making sure that it’s a season people will never forget.

“I think there’s no better way to do that than to set a points record that people will find hard to achieve, so it’s something that we want to do.

“We want to push ourselves, we’ve got four games left… why not go for the full 12 and see how far we can get. Like I said, our focus is on our mentality and making sure that we are right going into these last four.”

Neco Williams made his first Premier League start at the Amex Stadium and Alexander-Arnold believes his fellow Academy product merited the opportunity.

“He’s a young lad, he’s someone that has shown signs over the last 12 months of being someone with huge potential and I think he’s deserving of the chance he got,” the No.66 said.

“It’s a night he’ll never forget, a first start in the Premier League, rightfully so - he’s deserved it with the way he’s trained and evolved over the last 12 months.

“The way he’s developed has been incredible to watch so I think if he can learn lessons from tonight and keep pushing on he’ll definitely be getting a few more chances.”

Liverpool raced into a two-goal lead against Brighton through strikes from Mohamed Salah and Jordan Henderson that were engineered by instances of regaining possession high up the pitch.

And Alexander-Arnold revealed: “Obviously with the analysis we did we knew they were a ball-playing side and they want to play football.

“They want to play out from the back so our game plan was to come here [and] put them under as much pressure as possible, try and force them into mistakes and in the first 10 minutes that’s what we did and we were able to punish them twice with two excellent finishes.

“It’s something we’ve worked on and [were] able to execute it.”