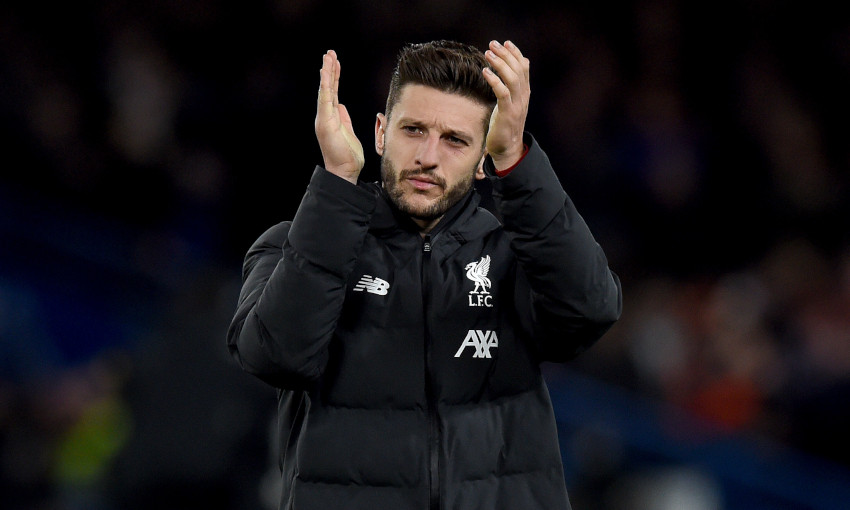 Jürgen Klopp has offered an update on Adam Lallana's situation - and believes Liverpool will miss his influence when he departs the club at the end of the season.

The midfielder will bring a six-year spell with the Reds to a close when his contract expires upon the conclusion of the campaign.

Lallana recently signed a short-term extension to ensure he could complete the prolonged 2019-20 season with the club and remain an option for Klopp in the final fixtures of the term, though so far has not been named in the matchday squads since the Premier League restart.

“It’s clear that Adam will leave the club in the summer,” the manager told reporters. “For now, I miss already everything about him and in this moment he is still here.

“He is an outstanding player and he is one of the most influential players on the training quality I’ve ever had in my life.

“He is an incredible professional but now as we have the difficult situation and we respect that a lot. Everything with Adam is sorted. He is top fit, he is in training and everything is fine, but, yes, the future is his future and if we need his help on the pitch we can get it.

“He is there and trains 100 per cent but as long as we don’t need it he will just train. And, that’s the normal thing. I think there was a lot of discussions about players with ending contracts but his was not even a discussion: it was clear we would extend Adam’s contract and he wanted to do that as well.

“But, we will not put any risk on his future or whatever, that’s absolutely clear. He is one of the most important players since my time here so I wish him only the best for the future.

“From my point of view, he is already a legend here so he can now be a legend somewhere else from next season on.”

Klopp added: "He’s had very important games for us but what he did on the training ground that was absolutely exceptional. The young players, when they talk about their most important things in the future, what happened in their first two years, they will mention Adam Lallana, 100 per cent.

"Not only him but him as well. Because the way these guys train and the attitude they show in each session, that is an example for all the others."