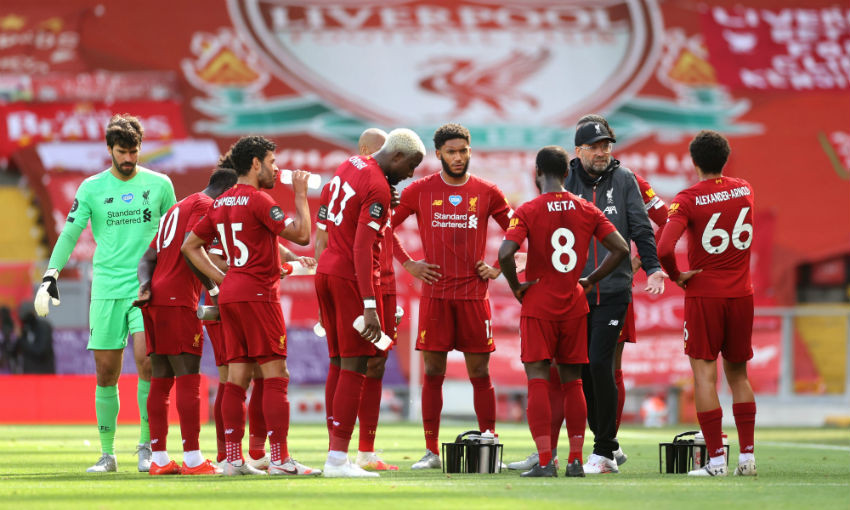 Jürgen Klopp believes Wednesday night's trip to Brighton and Hove Albion will further test Liverpool's ability to adapt and solve issues on the pitch in real-time.

The Reds travel to the Amex Stadium for another Premier League fixture with a side in the bottom half of the table following the victory over Aston Villa on the weekend.

Unsure exactly how Graham Potter will set out his Brighton side as they seek more points to guarantee safety, Klopp is aware, though, of how tough the test will be for the champions.

"He is doing a really good job there, my colleague," the boss said at his pre-match press conference. "But now since the lockdown they changed their approach a bit, they went a bit more for results.

"You could see that against Norwich, maybe it's not the perfect example, but I think Norwich had more possession in that game. We don't know exactly what we will face.

"A team in a good run and pretty much full of confidence about the results they had since the lockdown. We need to be ready for that.

"But all different and a lot of things we need always. One of these things we need is being patient but it's not something I ask for before the game because we will find out how patient we need to be.

"Whatever setup Brighton will choose and they used to change a lot for the specific opponent system-wise. So against us when we played here, it was kind of a 4-3-2-1, maybe they play that again.

"But we have only two days' time, so we cannot prepare for all the different systems. Most of the things the boys have to learn on the pitch and then use our principles, our patterns. Hopefully it will work out."

Potter took charge of the Seagulls in the summer and has them sitting 15th in the top-flight standings with five fixtures left to play.

Klopp paid tribute to the work the former Swansea City boss is performing on the south coast after inheriting a team that finished one place above the relegation zone last season.

He continued: "From the first matchday, I thought, 'Brighton, they changed a couple of things.' But again, maybe the results, especially in the later period after December, the results were not as good as they should be to stay comfortably in the league.

"After lockdown, you saw they changed their approach slightly but they had other opponents as well. I think they played Arsenal, United and stuff like this, so it's not that easy.

"It's the biggest challenge in life for a football manager to implement your ideas while you have to produce results. Because nobody waits nowadays for the result, everybody wants to see the result immediately.

"A lot of respect for what Graham is doing there."