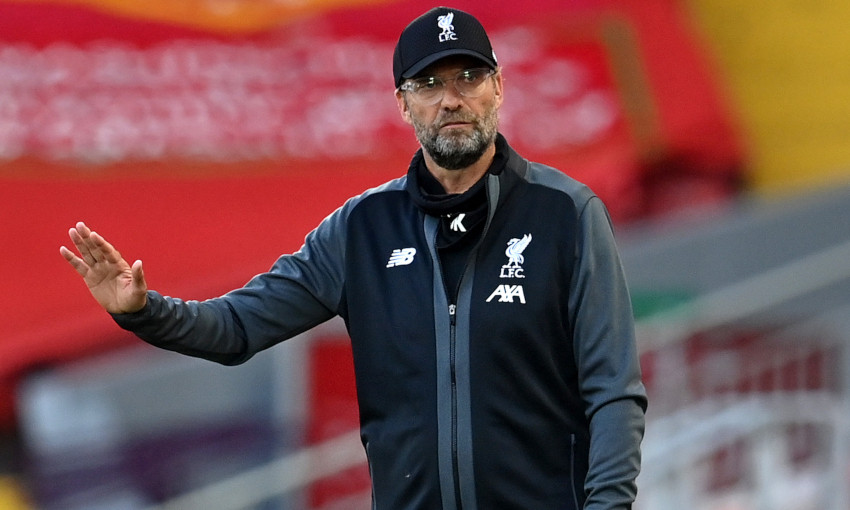 Jürgen Klopp admits eight days without a game is not the ideal scenario ahead of facing Manchester City, but he’s confident Liverpool can hit their trademark intensity levels.

The Reds have not been in action since defeating Crystal Palace 4-0 at Anfield last Wednesday evening, 24 hours ahead of being crowned Premier League champions following City’s defeat at Chelsea.

Since then, Pep Guardiola’s side have recorded a commanding with at Newcastle United in the FA Cup quarter-final, meaning they’ve played two more matches than Liverpool since the restart.

Speaking exclusively to Liverpoolfc.com’s new Match Centre from the team hotel, Klopp said of the eight-day gap: “As always in life there is no guarantee, we have to see it. Who from [our team] was ever in a similar situation? I was there twice, but the celebrations were different that time when we became champions with Dortmund.

“I’m not sure, I think there were two games to play one year and we lost one, but they were [after] really intense celebrations and they were not as intense this time. So, I don’t know, we will see. It is more a general thing – is it the best thing you can have in life when you win something really, really, really big and then one week later you face the biggest challenge in world football? That is our situation.

“So, when I spoke about that [intensity], I became a little bit chatty in the press conference, and less than 100 per cent not being allowed – actually, if you want, it is my mantra since my early days as a manager and it happened from time to time that my teams were not able to provide 100 per cent. But we always try – and that is what we will do tonight as well.” 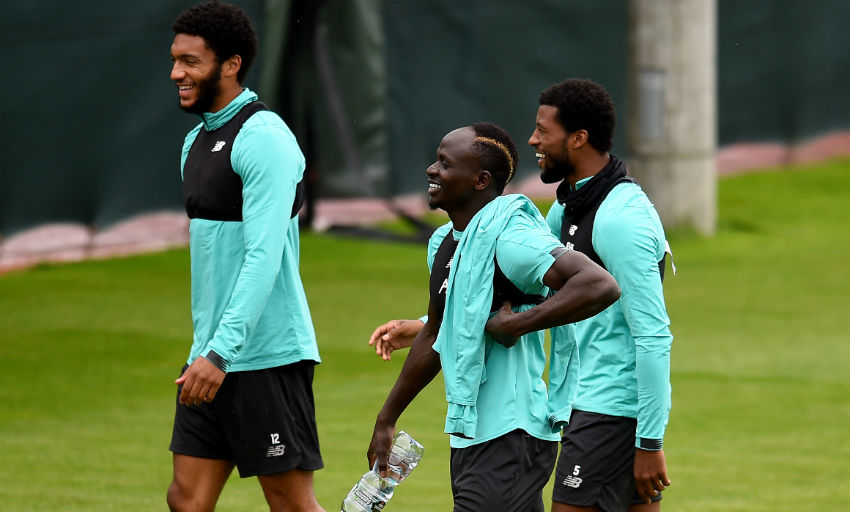 Klopp added: “In an ideal world, we would not have had eight days. In our specific situation it was OK, but when you could see how many changes City could make, then I think they can deal with the situation.

“When I thought about the fixtures we will face and what City will face, especially with Champions League coming up plus the FA Cup, I knew it would be really tough for Pep and his boys. But then you watch the games and you think, ‘Wow!’. It’s pretty impressive. I don’t know – they have rhythm, we had a break, what is better we shall see tonight.”

Liverpool prepared for this evening’s fixture with a light training session at the home of rugby league club Salford Red Devils.

“It was good, a good pitch,” said Klopp of the workout at the AJ Bell Stadium. “It is not a long session on the morning of a game, but it’s an important one with a few set-pieces, couple of routines on the pitch, so that’s important. We did it, so now we are here, the boys are eating and I give you an interview!”