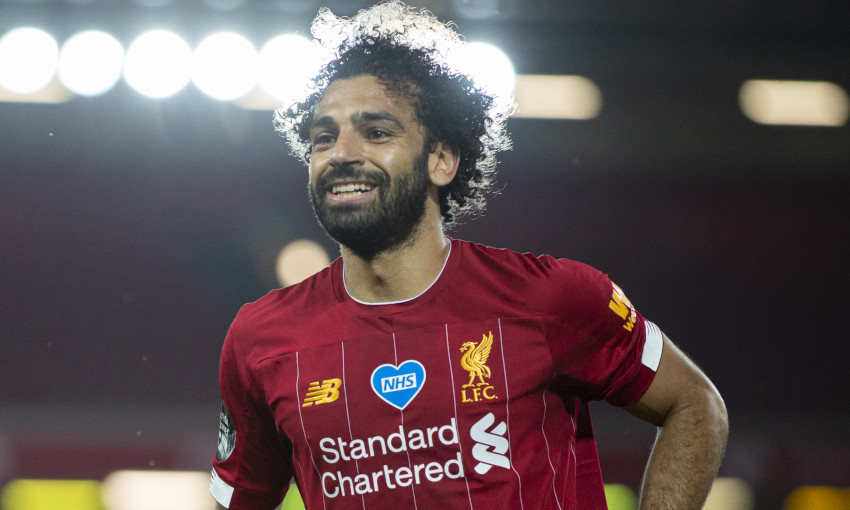 Mohamed Salah has described the ‘unbelievable feeling’ of helping Liverpool end a 30-year wait to be crowned domestic champions after clinching the Premier League title.

The Reds secured their 19th crown – a first since 1990 – last Thursday evening, adding to the Champions League, UEFA Super Cup and FIFA Club World Cup trophies all claimed in 2019.

Speaking exclusively to Liverpoolfc.com, Salah – whose 21 goals so far this term have him positioned at the top of the club’s scorers charts as he chases a third successive Golden Boot – explained his emotions at achieving the feat.

Watch: Mohamed Salah talks through PL title win and his top five goals of 2019-20 so far

“It’s an unbelievable feeling to win a trophy like that,” he said. “To win the Premier League after long years for the club and the city, it’s unbelievable.

“It is an unbelievable feeling for everybody, for all the fans around the world. Without their support, we could not do it. They did a great job, the players also did the same. It is a great feeling, I cannot explain it with words.”

Yes. It feels THAT good. I want to thank all our supporters watching us from all corners of the world. You made thi… https://t.co/LdG66v3slL

Salah this season became the first Liverpool player to net 20 goals or more for three campaigns running since Robbie Fowler in the 1990s.

His overall tally for the Reds stands at a staggering 92 strikes in a total of just 145 appearances.

“It’s great to score goals to help the team to win games,” added Salah. “So I feel like I am happy here, I am doing good and everything is also working well with the team and we’ve won trophies.

“Everything is good and I am enjoying it.”

Salah reserved a special message dedicated to Liverpool supporters, outlining the role they themselves played in helping bring the title back to Anfield.

“We did everything we could to make them happy, but without their support we could not do it,” he said.

“For sure they did a great job at Anfield and always at away games. I am very happy - Liverpool, this is for you!”