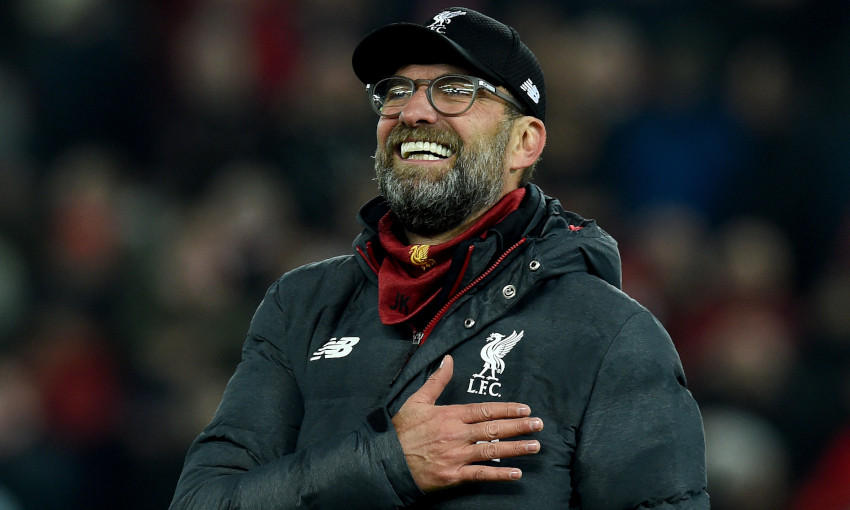 The Reds have clinched the crown for 2019-20 after Wednesday’s 4-0 victory over Crystal Palace at Anfield left Manchester City needing a win against Chelsea this evening.

The 2-1 defeat for City at Stamford Bridge ensures Jürgen Klopp’s side cannot mathematically be caught in the table.

It means Liverpool have secured the club’s 19th league title, ending a 30-year wait following their previous success in 1990.

In an unprecedented campaign, the club have claimed the championship earlier than any other side in Premier League history, doing so with seven games still to be contested.

The Reds equalled a top-flight record of 18 successive victories – and also set a new landmark for number of consecutive league home triumphs, with the win against Palace their 23rd in a row.

Their record for the season so far stands at 86 points accumulated after 31 matches played, with 28 wins, two draws and one defeat.