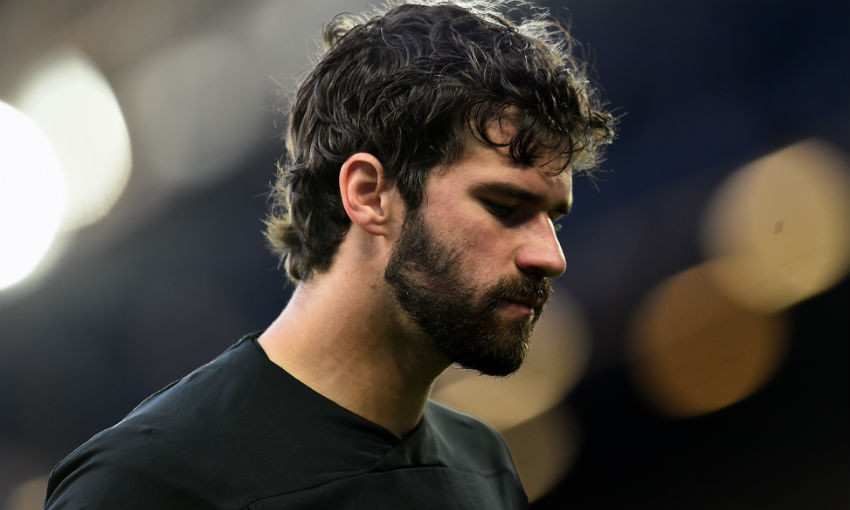 Two fine late saves by Alisson ensured the Reds picked up a point from Sunday’s Merseyside derby at Goodison Park and also preserved an 11th clean sheet of the Premier League season for the goalkeeper.

That tally of shutouts means the Brazilian is joint leader in the race to win the division’s Golden Glove, an award he claimed in 2018-19.

When asked to analyse Alisson’s attributes and detail his importance to his side moving forward, Klopp said: “[He is] Very important obviously, that’s how it is. Having a good goalie is a good thing to have, I would say, and we have one and hopefully long may it continue like this.

“That’s my only worry in this case, not that he will leave or whatever, just that we need to keep him fit as well. It’s just the combination [that makes him outstanding]; the skillset plus his mindset is a really interesting combination.

“He seems to be in a good shape [and] how I said, hopefully it stays like this. These saves he made [against Everton] were not the most difficult he ever made in his life, but they were vital, 100 per cent. But that’s his job as well so we should not make it bigger than it is, he would not want that.

“He knows that it’s his job and he did it, and that’s what he has to do until the end of his career.”