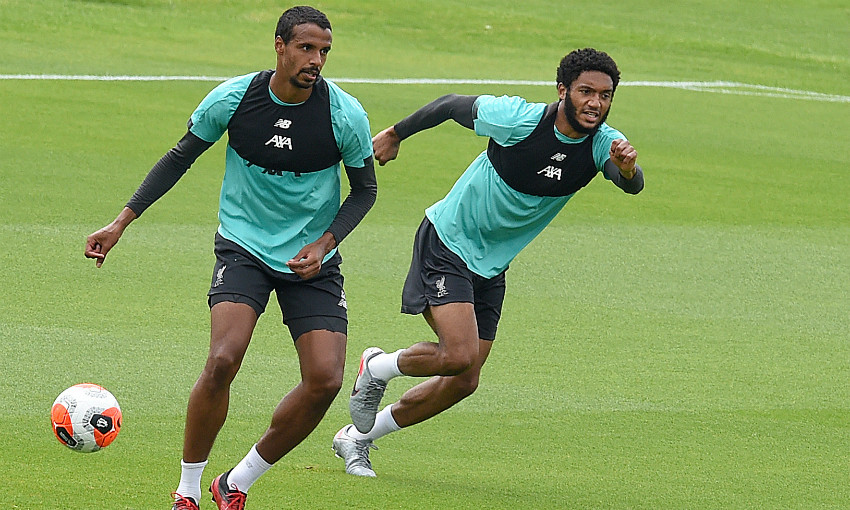 Joel Matip is looking forward to a 'special moment' when Liverpool make their long-awaited return to Premier League action.

The Reds face Everton at Goodison Park on Sunday evening in their first top-flight fixture since March's suspension due to the COVID-19 pandemic.

As excitement runs deep throughout Jürgen Klopp's squad, Matip is determined to restart in the best possible manner with three points claimed over local rivals.

The centre-half told Liverpoolfc.com: "I think every game would be difficult, it doesn't matter who we play against.

"Now we play against Everton and this is a special game for both teams, but to start again I think will be a weird and special moment for every team.

"I think it doesn't matter which team we played against or what were the circumstances, we just try to prepare as best as possible to be ready there and to really start quickly from the first second when we are back on the pitch, back in the stadium, for a proper Premier League game.

"I think the circumstances for every team are quite difficult but we are well prepared and I am confident that we can strike back."

And despite being so close to the prize, Matip detailed how the mantra of taking each fixture as it comes remains in place for the remainder of 2019-20.

"We prepared to play all the games and do this in the best way that we can," the No.32 continued.

"Everybody is looking forward to being back on the pitch and to win points and to win. We had to wait like everybody else but the whole team is just waiting to get some more points.

"It was weird to be waiting and to be that close, but you never know what could have happened. We are happy that we can now start playing again and we just try to do the best out of it."

But the Reds must, of course, achieve their goal without the backing of supporters in attendance.

"I think it's weird for everyone, not just for the people who are working. It's just a different feeling to be there on the pitch but when you play against some strong sides and you have to fight for every centimetre, it doesn't matter what is around you."