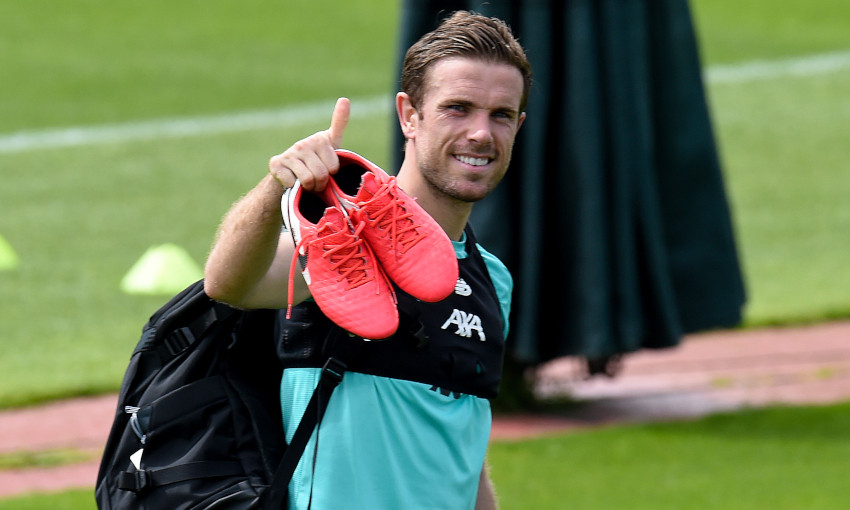 Joe Gomez underlined the powerful effects of Jordan Henderson's leadership as he detailed his personal gratitude to the Liverpool captain.

Gomez’s arrival at Anfield from Charlton Athletic, then aged just 18, coincided with Henderson’s appointment as Reds skipper in the summer of 2015.

The latter has since led by example and was fundamental as Jürgen Klopp’s team lifted three trophies – the Champions League, UEFA Super Cup and FIFA Club World Cup – in the past year and posted a 44-game unbeaten run in the Premier League.

But Henderson’s approach off the pitch, and never more so than during the COVID-19 pandemic, is equally appreciated and respected by his teammates.

“So much credit has got to be given to Hendo,” Gomez told Liverpoolfc.com. “Hopefully within the last few months and seasons he has started to get the recognition he deserves.

“He is an unbelievable person for me. I’m blessed to have had a captain like him over the last five years, [he’s] just been the most approachable person possible and been such a leader in different ways, on and off the pitch.

“He has taken massive responsibility on in these last few months and it’s been nice in a different way, I think. You see the leader on the pitch, the person that leads by example, but I think off it some of the things he has done and organised have been massive – not just for him, and bigger than this club, [it] has united organisations, the Premier League. As footballers, it has given us the platform to come across in the right way and do our bit.

“Hendo will hopefully continue to get the recognition he deserves because I think here, among us as a club, we’re so grateful to have him as our leader.”