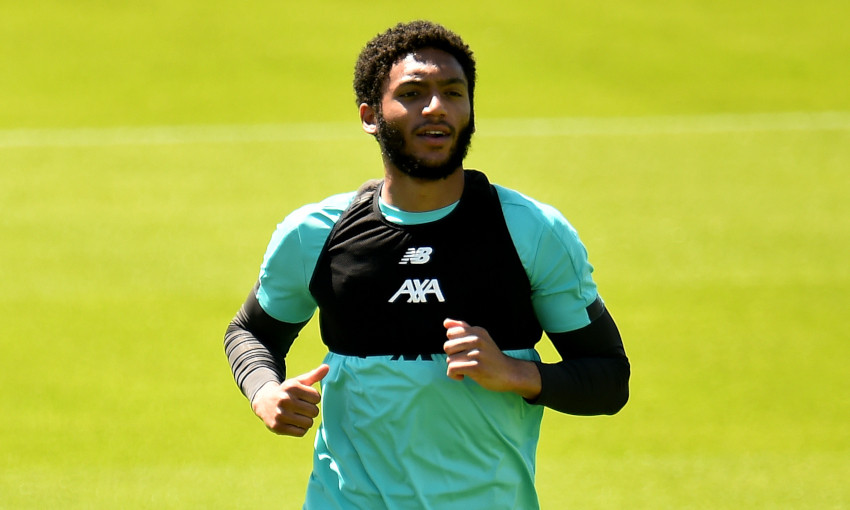 Joe Gomez has explained how Liverpool have set about getting the most out of the sessions they have been undertaking in small groups since going back to Melwood last week.

As part of the Premier League’s Return to Training Protocol, the Reds are currently conducting workouts in West Derby at staggered times, observing the social distancing guidelines required.

The non-contact drills and exercises have not prevented intensity and competitiveness among the players, though; indeed, such factors have invigorated the squad after a period of training at home, according to Gomez.

We caught up with the defender via video link to discuss the first week of being back at Melwood, including insight on how Jürgen Klopp and his staff are getting creative – and the range of hairstyles being sported by his teammates…

First of all, a belated happy birthday! I’m sure it was an unusual one, how was it on Saturday?

Thank you. It was nice, we obviously stayed indoors but I enjoy that; I don’t mind just having a low-key one. So it was nice. The missus decorated a little bit for me and we just had some cake at home.

Did you get a mini sing-along from the lads at Melwood, with the whole group not together like normal?

I did, it was nice. It was more condensed than the whole group obviously, but we did it on the mats in the indoor before we went out to training, so I still got it. 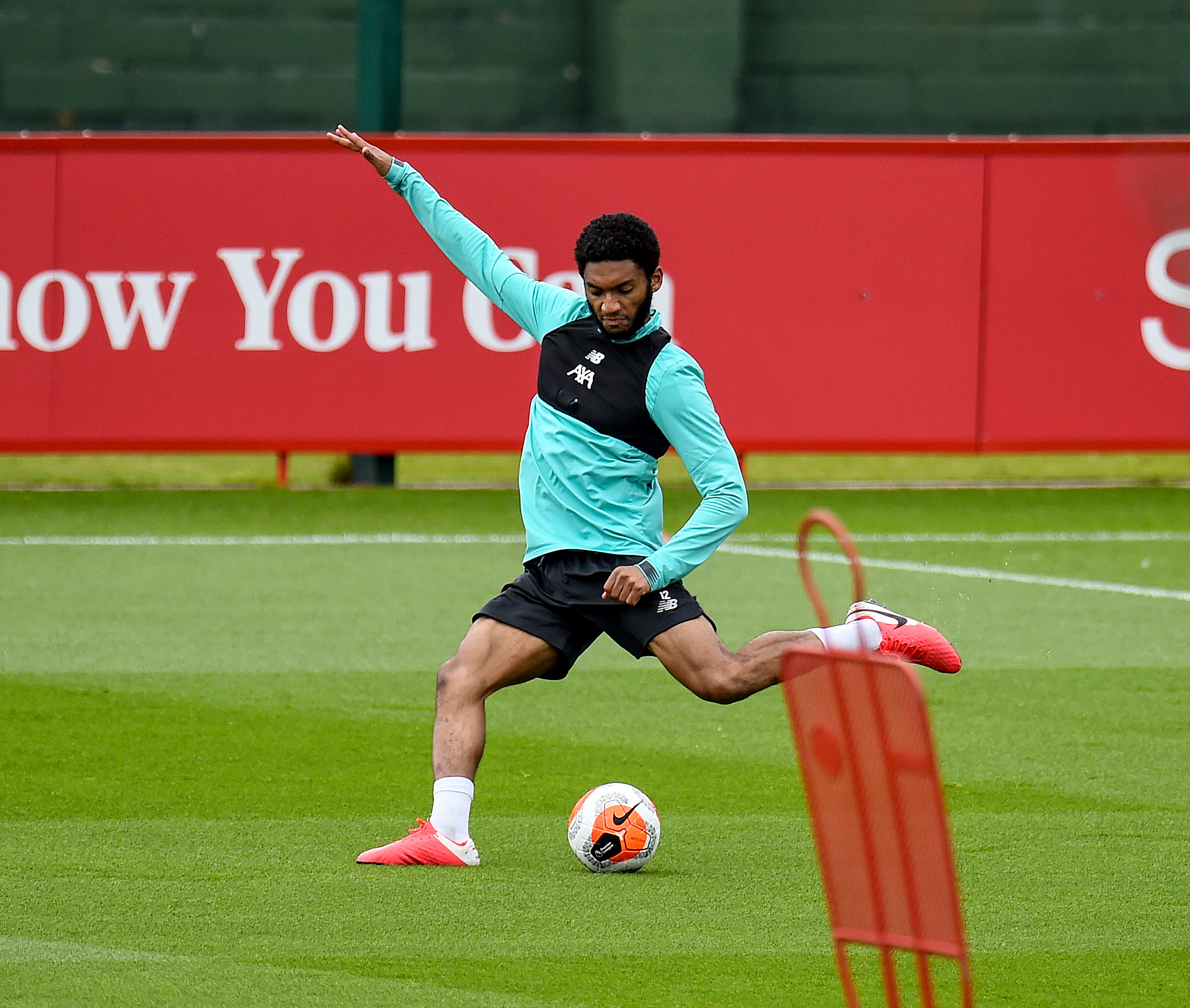 What are you thinking on the hair and beard front? We’ve seen quite a few interesting ones in the footage from Melwood so far…

I’m enjoying it, I’m not one to be too fussed about getting a trim [regularly]. Some lads, it’s ritual. But I don’t mind the freedom and having the excuse for it to look like that. I don’t mind. Some lads are struggling; Ox gave it a go didn’t he, he’s probably gagging to get a fresh trim I think. But I enjoy it. It’s nice to let everyone be free without the pressures of expecting to look sharp.

You’re coming up to a week’s worth of training at Melwood now. How are you finding it so far?

Obviously it has been great to be back in, under different circumstances. It’s a bit different to the normal sessions we would have, but it has been good. In a way it’s nice to work our way back into things [after] having such a long break and we’re doing that in a different way; probably not the standard sessions but still exposure to the ball and being among the team and on the pitch, which we haven’t had. It’s a different kind of fitness, we’ve been ticking over on the treadmill and doing our road runs, but once you’re on the pitch and doing the high-intensity drills that we do, it’s different again. It’s been good to get up and going.

Free video: Day one of Reds' return to training

How are you feeling in terms of fitness, then? The manager said last week this is effectively a pre-season, is that how it feels so far?

Yeah, in a way. But as a team, just seeing the lads already, everyone has kept that foundation of fitness. We obviously had a rigorous programme that the fitness guys set out for us and everyone stuck to. So it doesn’t feel like we’re starting from scratch, but I suppose because of the break we are. But everyone is raring to go and just enjoying the process.

How quickly did the competitiveness kick in? We’ve seen clips of the drills and shooting from corners – it doesn’t take long, does it?

No! I think that’s what we missed as a team – that banter and competitive edge you don’t get at home when you’re by yourself. Naturally, that’s going to be one of the first things to get back in. Once we can do some rondos again, I think it will go up a level again.

How difficult is it to do this training and preparation without a specific return date in mind? The manager said it’s very difficult from a sports science point of view; in terms of your mindset as a pro, not having a game to look forward to must be odd?

Yeah, obviously it’s different. We’re so used to having a structured schedule – at the start of the season you’re given your fixtures for the whole year. As individuals, we have to adapt and take it a day at a time, literally. But I don’t think that’s much different to the rest of the nation at the minute, everyone is in limbo and not sure what we’re headed towards or when it’s going to end. That’s probably been the biggest challenge in all of it, during the lockdown and so on, doing your sessions and not knowing when this is going to be coming to an end or what you’re working towards; just knowing, ‘Today, I’ve got to do this’ and just getting through it. We’re doing that in a more pleasant environment now and among our teammates, so it’s just about enjoying the moment I think and taking each session at a time. We’re blessed to be working under these circumstances, out on the pitch doing what we love. That’s enough to keep us going for now.

You’ll really want to hit the ground running as and when football does come back, the big goal everyone wants is two wins away. So you’ll want to be at maximum from the first second…

Yeah, that’s our aim. It’s important we get going and ready. We’re looked after by the sports science on the physical front. Tactically, we’ve been straight back into it as much as possible; obviously the gaffer, Pep, Pete and so on, it’s self-explanatory how good they are, so we’re already getting a sense of where we left off, getting familiar in different creative ways of our patterns of play and tactical formations that they’re doing their best to replicate in smaller groups. 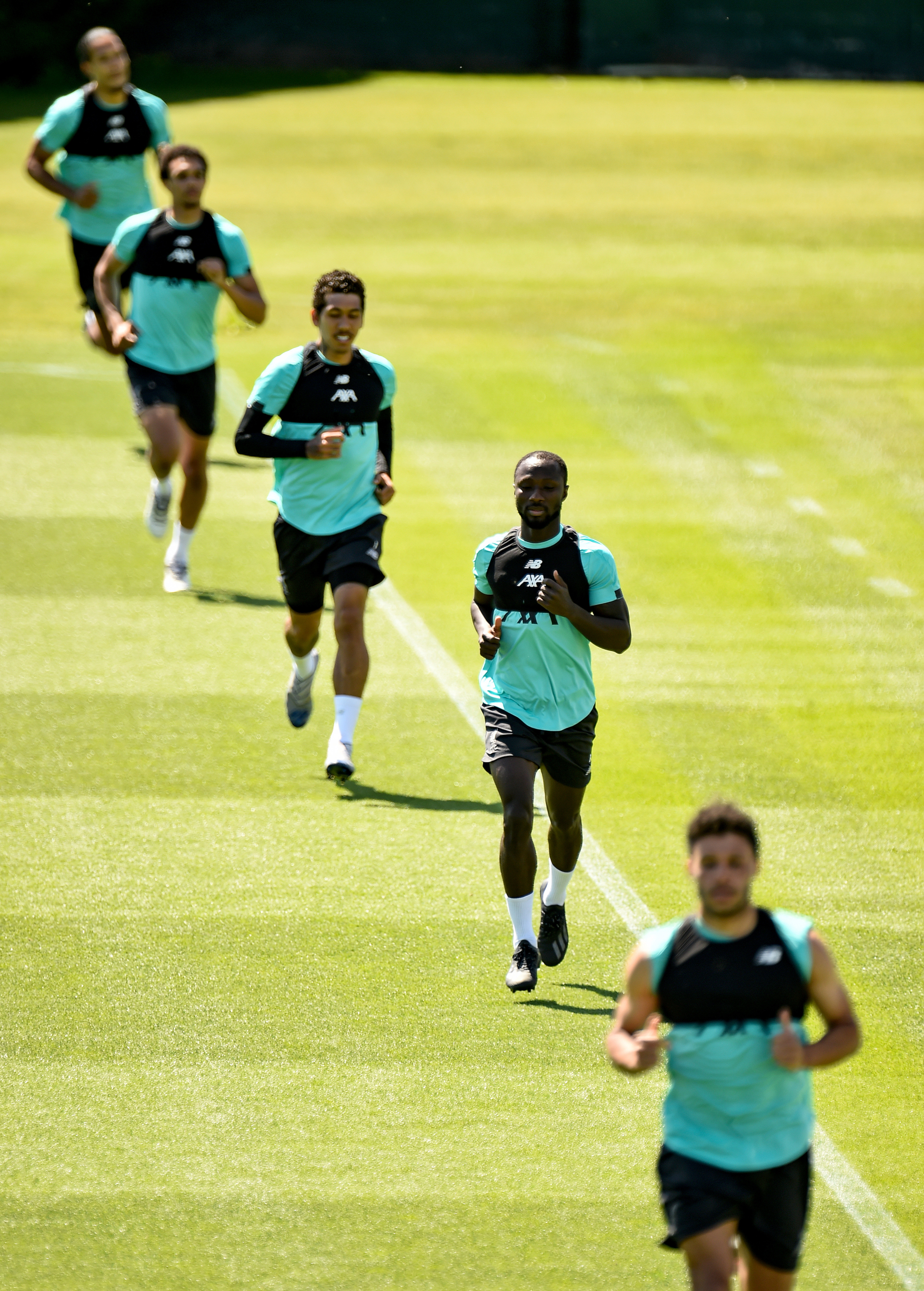 Has this situation brought you even closer in some ways as a squad?

Yeah, I think so, because we’ve had to have communication in a different way; it’s not been the standard come in and see each other by force every day. We’ve had to reach out as individuals and really stay connected by choice. That’s when you grow fonder of each other and closer because it’s been a tough time that we’ve come through together. It has been beneficial in that sense, that as a team we’ve been so connected and kept communication through the whole thing. I think having that time apart, to then come together again last week made it feel that much more special.