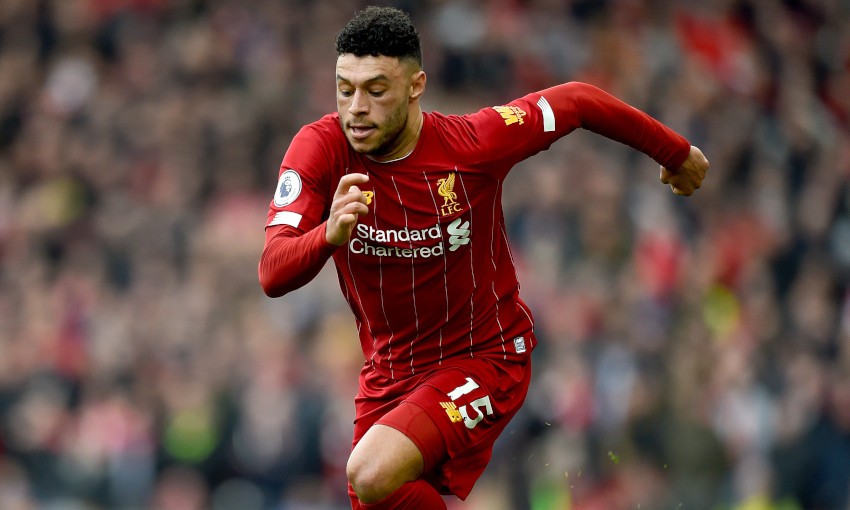 It was a difficult but helpfully direct message from Jürgen Klopp.

After a club-record total of 97 points failed to land the Premier League title for Liverpool in 2018-19, there was no other option: they could only ‘do more’ at the next opportunity, according to the boss.

The Reds were certainly fulfilling that objective before the suspension of the top flight due to the COVID-19 pandemic, winning 27 of their 29 games and racing into a 25-point lead at the summit.

That reaction is a source of pride for Alex Oxlade-Chamberlain, who has explained how Klopp led the transformation of disappointment into motivation.

“You can look at it two ways,” Oxlade-Chamberlain said of Liverpool’s mindset last summer, during a video call with Premier League Productions.

“You can look at it in the sense of, how do you get 97 points and finish off second best? That, mentally for the lads, I think was a big challenge. You almost can’t get a more perfect season.

“You might have, you know, the season before City obviously got 100 points. So we’re talking one game, one win difference – you expect to win with that. So, I think first of all it was sort of another heightened respect for Man City as a team, to go 100 points and then 98 back to back, that takes a lot of doing.

“Mentally, as a group of players, I think that’s maybe where we thought, ‘Alright, 97 points not good enough’ and I remember the manager saying we’ve got to do more. Simple as that.

“He was adamant that’s not enough, you’ve got to do more, and I think it’s a credit to us in what we’ve done so far this season, the boys are doing more and obviously this is a strange time because you talk about momentum and that’s the same for every team at the minute, but it’s not finished yet. We’re close but we’re not finished yet, but up to this point we are doing more.

“So, I’m really proud of us as a group of lads that we’ve achieved that and the manager as well, the whole club, the backroom staff, they are the same. I’ve seen everyone pushing even harder this year, and that’s what the manager’s created, it’s people like Jordan Henderson, leaders in the team, Millie, that’s what they help create, and we’ve got an amazing group of players.

“There’s not one ego in that team. Our superstars are the hardest working, the most humble and the most relatable guys in the team. Along with industry and the relationship that everyone has, I think that makes it easier for us all to pull in the right direction.

“At the minute we’ve been doing that but whenever we’re able to kick off again we’ve got a job to finish so we can’t get carried away yet.”

In addition to individual training programmes to conduct at home, the players have been keeping in contact through online sessions including yoga and cycling.

Supporters have had a glimpse inside those workouts – also featuring ‘Happy Birthday’ renditions for Harvey Elliott and Sadio Mane recently – which exhibit the togetherness of the group.

Oxlade-Chamberlain still feels connected to the fans, too, and delivered a message to Reds as the world deals with the coronavirus outbreak.

“First and foremost, I think everyone’s going through a difficult time and a weird time,” he said.

“But firstly, I think just from what I’ve seen on social media and stuff the support is still there, and I think as a group of players we all really, really appreciate that they’ve got bigger things than us to worry about but they still take time to care about what we’re doing and how we are doing, so I think that sums them up, firstly how committed and passionate they are about us and the club.

“Secondly, they should all know we are all working hard still and making sure that when we have to go again we’re ready to go again.

“And I think thirdly there is a lot more going on here than just football.