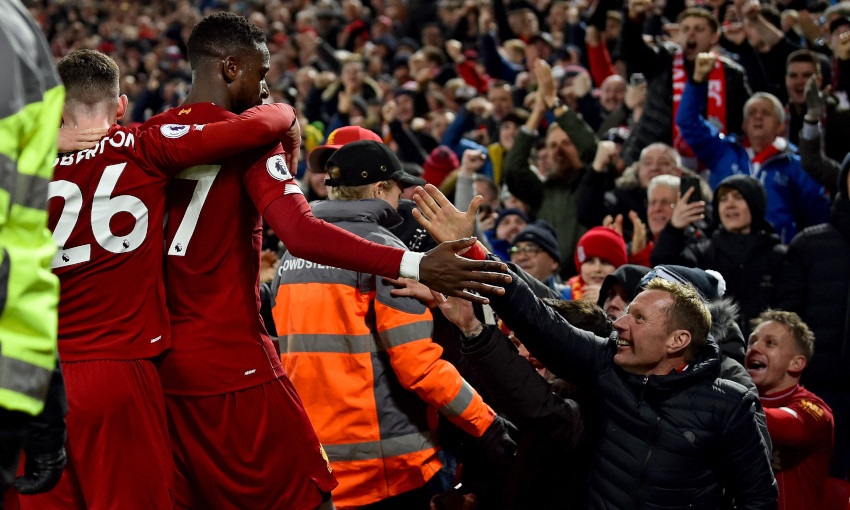 "What the boys made of this difficult game was exceptional," said Jürgen Klopp. "We scored incredible goals."

Five of them, to be exact, on an early December night when the boss' five changes to his team paid off handsomely in a thrilling 5-2 defeat of Everton at Anfield.

Merseyside derby specialist Divock Origi helped himself to two, supplemented by strikes from Xherdan Shaqiri, Sadio Mane and Georginio Wijnaldum, as the Reds made it six successive Premier League wins in emphatic style.

Relive the highlights of that victory in the latest instalment of our Replayed series on YouTube, which looks back on each 2019-20 league match every weekday.