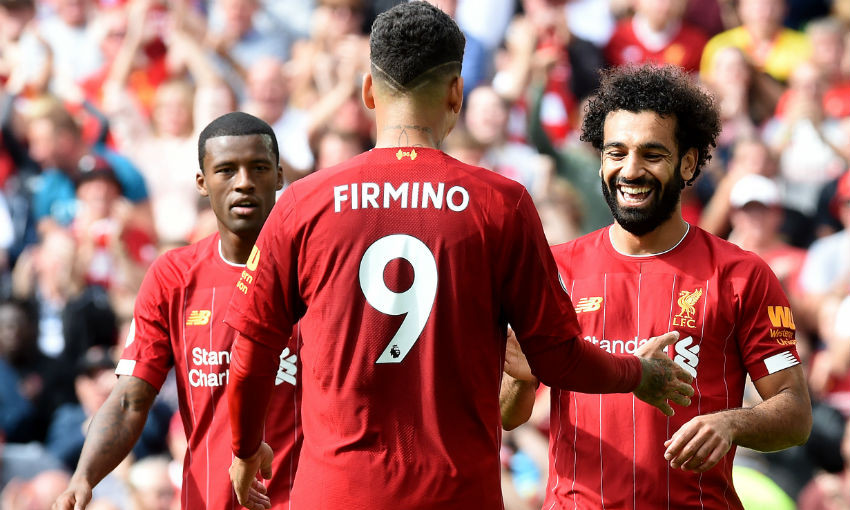 A moment of magic from Roberto Firmino lit up Liverpool's come-from-behind, 3-1 victory over Newcastle United at Anfield.

Returning to action after the first international break of the season, the Reds went a goal down early on as Jetro Willems smashed in the opener.

Jürgen Klopp's side responded strongly, however, and were ahead at the break thanks to Sadio Mane's double. The No.10 equalised by arcing a sublime strike into the top corner, and then slotted home at the second time of asking having latched onto a threaded through ball by Firmino.

Firmino's second assist of the afternoon was even better, though.

The Brazilian received a pass from Salah and then produced a wondrous flick to return the ball to the No.11, who duly dispatched a low finish to secure a fifth-straight Premier League win at the start of the season.