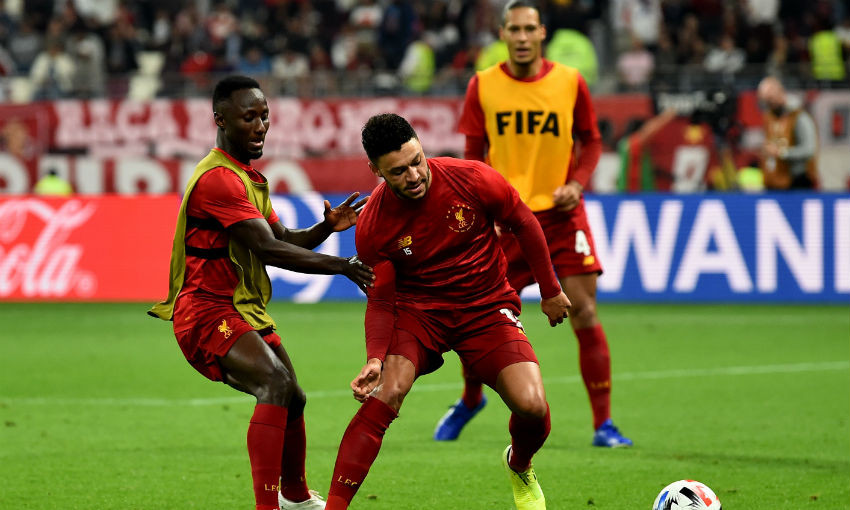 Jürgen Klopp and Liverpool benefit from the natural differences in the games of Naby Keita and Alex Oxlade-Chamberlain, with the boss explaining that substituting the former for the latter against West Ham United was a necessary tactical alteration.

Oxlade-Chamberlain replaced Keita immediately after the Hammers took a 2-1 lead at Anfield on Monday night and was an influential figure as the Reds came from behind to win 3-2.

With captain Jordan Henderson currently sidelined with a hamstring injury, it was put to Klopp during Friday’s pre-match press conference ahead of the weekend trip to Watford that the duo were in direct competition for a starting berth in his midfield.

The manager replied: “They don’t compete against each other. Hopefully they don’t see it like this, it’s not like this, they just offer naturally different things.

“Naby can play better than he played [versus West Ham] obviously, but that was not the reason [for the substitution]: the game was like it was and Oxlade came on completely fresh and with his natural skill, having direction, speed - it’s a different player.

“But that doesn’t really say anything about it, [in a] different situation you need different players and they all are exceptional. That’s all fine, but until the change we were more fixed in positions, it was not flexible enough, it was not unpredictable enough, we were too easy to defend, we didn’t really come through.

“In other situations we were too high on the wings, we lost the ball, counter-attacks, stuff like that, but the main problem of the game was second balls and set-pieces because without these problems, West Ham wouldn’t have had a lot of the game.

“They couldn’t have gained confidence or whatever in this game but with these situations they were constantly in the game and that was our main problem.

“That was what we had to solve because that will be similar: from Foster to Deeney will be a frequently used option for Watford [so] we have to be there and make sure we win much more second balls and then we can use these balls. But in this game, we were second best in the second ball game, for sure.”