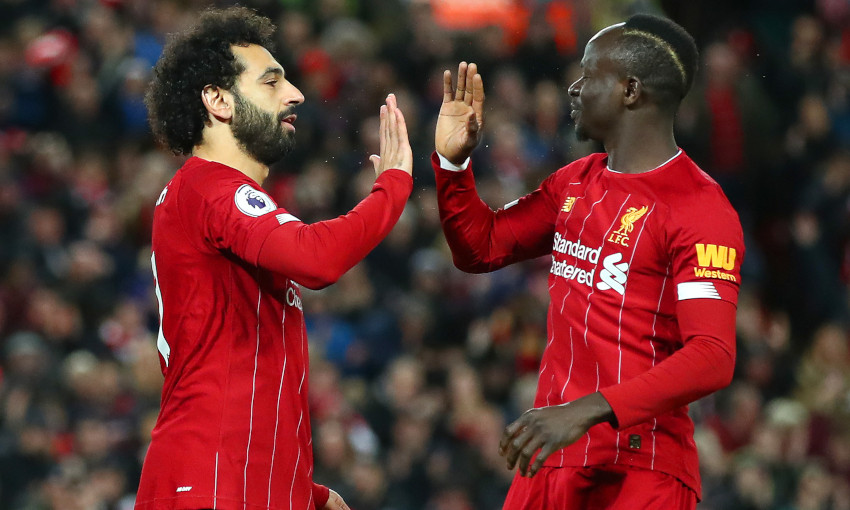 Mohamed Salah and Sadio Mane are each closing in on a feat last achieved for Liverpool in 2002-03 as the Premier League leaders head to Watford.

Salah is one goal away from registering 20 strikes in all competitions for the third consecutive season, while Mane needs three more this term to do the same, after both scored in Monday’s 3-2 home win over West Ham United.

The last Reds player to hit the milestone three campaigns in a row was Michael Owen.

For more pre-match facts and figures ahead of the Saturday evening kick-off, courtesy of LFC statistician Ged Rea, read on…

The Reds have won 12 of the last 14 meetings with Watford home and away in all competitions – and 15 of the last 18.

The two clubs have yet to produce a goalless draw in league meetings, with all 25 of those clashes coming in the top flight.

Salah, who made his debut for the club at Vicarage Road in August 2017, has struck eight league goals against Watford in his five Liverpool appearances – more than he has scored against any other side. Only Ian Rush (10 in 11) has a better record for the Reds against this opponent.

Salah’s goal against the Hammers on Monday took him to 69 in the league for the Reds. Only Luis Suarez, of all Liverpool’s overseas players, has scored as many as the Egyptian in the Premier League era.

Roberto Firmino has scored on each of his last two visits to Watford. Rush, again, is the only man to have netted for the Reds on three successive league trips to Vicarage Road (1984-86).

Trent Alexander-Arnold’s first away league goal for the Reds came on this ground last season.

Jürgen Klopp’s side are undefeated in 44 league games, amassing 122 points in that run. Only one team – Arsenal – have ever gone on a longer run in the history of English football (49 matches in 2003-04).

A win today would see Liverpool equal the club record of 13 away league victories in a season, previously achieved on three occasions, the latest being last term.

Fabinho has not been on the losing team in any of the 34 Premier League fixtures he has started, while Naby Keita has never experienced defeat in the division (also 34 games).

This will be the eighth time the Reds have played on February 29 in history. The last saw them draw 2-2 at Leeds United in 2004. They have won three of the previous seven, but not since 1956.

Since Nigel Pearson took charge of the Hornets, they have won four, drawn five and lost five of 14 games in league and cup.

Pearson has managed against Liverpool four times in his career, twice previously with Leicester City and once with Derby County, in addition to the reverse fixture at Anfield in December. He has yet to win, drawing once (with Leicester at Anfield in January 2015) and losing the other three.