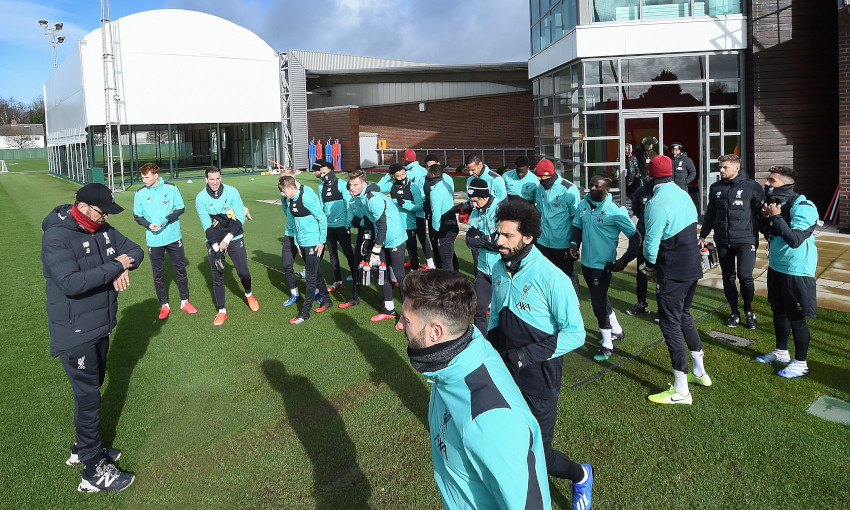 Liverpool will continue to be without Jordan Henderson, James Milner and Xherdan Shaqiri for Saturday's teatime kick-off against Watford.

Henderson (hamstring), Milner (muscle) and Shaqiri (calf) were all absent for the 3-2 home win over West Ham United earlier this week – and Jürgen Klopp confirmed none will be ready for the trip to Vicarage Road either.

“[They are] all coming closer, much closer,” said the manager at his pre-match press conference. “Hendo is running, Millie is running and even more. It was not enough for this game now.”

After Henderson sustained his injury in the Champions League clash with Atletico Madrid, the boss opted to replace the captain with Naby Keita in midfield on Monday night.

Alex Oxlade-Chamberlain was then sent on after the Reds fell 2-1 behind and helped to overturn the scoreline as Mohamed Salah and Sadio Mane struck.

But ahead of the meeting with the Hornets, Klopp explained why Keita and Oxlade-Chamberlain are not in direct competition to fill the Henderson void.

“They don’t compete against each other,” he said. “Hopefully they don’t see it like this, it’s not like this, they just offer naturally different things.

“Naby can play better than he played [versus West Ham] obviously, but that was not the reason [for the substitution]: the game was like it was and Oxlade came on completely fresh and with his natural skill, having direction, speed – it’s a different player.

“But that doesn’t really say anything about it, [in a] different situation you need different players and they all are exceptional.”

Nigel Pearson was able to report Watford are “getting more or less back to full strength” after Daryl Janmaat returned to full training ahead of Liverpool’s visit.

“We don’t have any injury doubts for this week,” said the Hornets boss, whose side sit 19th in the Premier League with 11 games left to play.

Ismaila Sarr and Danny Welbeck are pushing for starts after featuring as second-half substitutes against Manchester United last Sunday.

Kiko Femenia is returning to contention, meanwhile, having not been part of the 18-man squad for the 3-0 defeat at Old Trafford.

Pearson said: “Kiko trained with us but he has a history of hamstring problems and he had not done enough to be ready to play. He’s fit but there is a difference between being fit and match ready.”

On facing a Reds team who claimed a hard-fought 2-0 win when the sides met in December, he said: “Our approach this week is to try to get our own performance and our own application during the game as close to our maximum as possible.

“When we played them before Christmas up at Anfield it was a really tough game. Our own level of performance was good. Their quality shone through and that won them the game, with an excellent first goal, for sure.

“We had our opportunities on the day and didn’t take them. We’ve just got to try to make sure we play as close to our maximum as we can and if we do that, we can cause anybody problems.

“Then it’s about whether the key moments in the game go your way or not.”