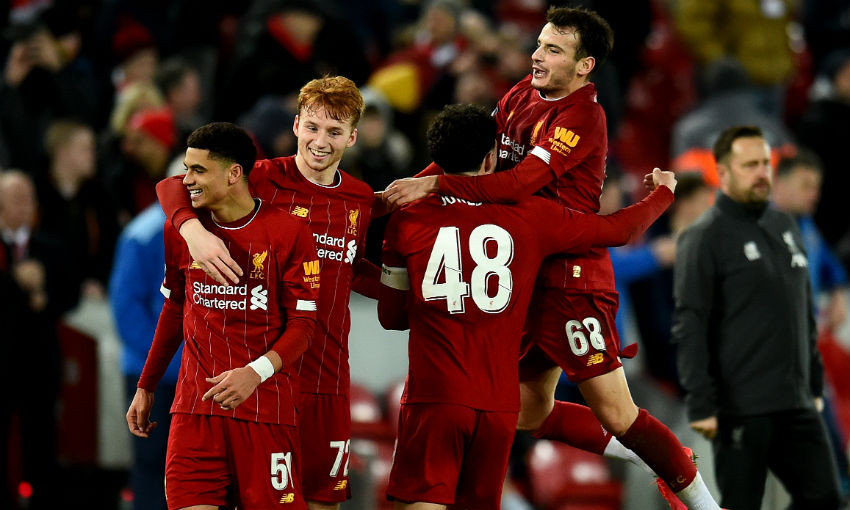 Jürgen Klopp believes the occasion that saw a youthful Liverpool side defeat Shrewsbury Town in the FA Cup reinforced just how special the club is.

A sold-out Anfield loudly backed the Neil Critchley-led team in the fourth-round replay last week as a Ro-Shaun Williams own goal set up a tie with Chelsea in the next stage of the competition.

And the Reds first-team boss paid tribute to the performances of the club's youngsters and those that delivered the noise from the stands.

"Absolutely great. I'm really happy for the boys," Klopp said of the victory. "I spoke to them now obviously and they all enjoyed it like crazy, they loved it.

"It was absolutely sensational what our crowd made of this game – [such] a loud stadium.

"Creating that atmosphere just shows what a wonderful club we are. I loved it. It was really great."

He continued: "I expected us to play a good game, to be honest, and the boys did.

"The goal was a bit strange maybe but if there was a team who deserved to win in that game, then it was us.

"So that was really cool. Sensational job by all the boys and Critch, of course."