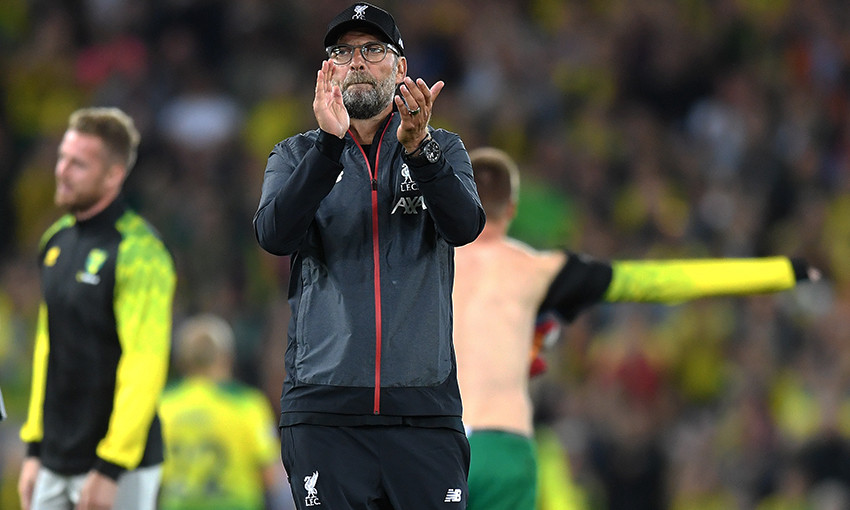 Jürgen Klopp's Liverpool will match their own club record if they beat Norwich City at Carrow Road on Saturday.

The Reds have won 16 successive top-flight games and one more victory would equal the club's best winning streak in the league - which was set just last year, between March and October.

In the Premier League, Liverpool have won 12 and drawn three of their 17 meetings with Norwich.

In those 17 clashes, 68 goals have been scored at an average of exactly four goals per game.

The Reds are unbeaten in the last 13 meetings, winning 11 with two draws and scoring 43 goals.

Liverpool are one goal short of recording 50 against Norwich in the Premier League era.

This game will be the 250th that the Reds have played under Klopp. They have won 154 of the previous 249.

Klopp's men are undefeated in 42 league games, amassing 116 points in that time. Only Arsenal, who went 49 matches unbeaten from 2003 to 2004, have ever gone on a longer run in the top flight.

Naby Keita's next appearance will be his 50th for Liverpool in all competitions.

The centre-back scored for Southampton on his last visit to Carrow Road in January 2017 and he also found the net against Norwich in the Reds' opening league game of this campaign.

A victory today will see the Reds record a 12th away league win of the season - only six times in history have they won at least a dozen. The club record is 13.

Liverpool are unbeaten in their last 20 away league games (16 victories and four draws).

At Carrow Road, the Reds have won six and lost one of eight Premier League clashes with the victories coming in each of the last six visits. Those wins have seen them score 20 goals.

Liverpool have scored in each of their last 34 league games.

There have been five Reds hat-tricks scored against Norwich, with Luis Suarez hitting each of the last three.