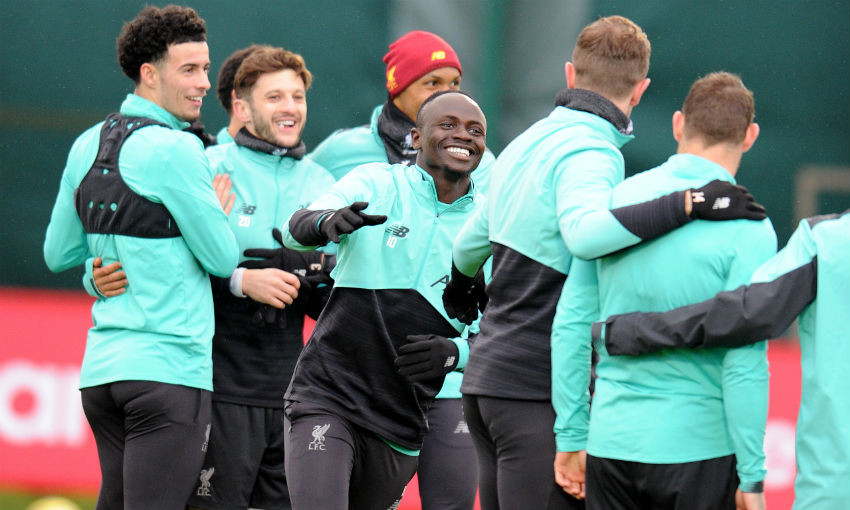 Liverpool have no fresh injury concerns ahead of Saturday's trip to Norwich City and are boosted by having Sadio Mane and James Milner in contention to feature.

The pair have participated in full training at Melwood this past week following their recovery from muscular injuries.

Mane has missed the Reds' last two Premier League matches with a small muscle tear, while Milner hasn't been involved since limping off in January's FA Cup tie with Everton.

"It's good news," Jürgen Klopp said at a press conference on Friday. "They both trained from Monday – and they both trained through the last week anyway – so they are in contention."

However, Xherdan Shaqiri will be forced to miss the encounter at Carrow Road with his calf injury.

The No.23 and Nathaniel Clyne (ACL) are the only first-team players expected to be sidelined for the clash, which is Liverpool's first since the winter break.

"But to do something else for one week in the middle of a season is just nice. You are looking forward to the next game like you didn't play for the last half-year.

"So that's really nice and hopefully we can see that tomorrow."

Norwich boss Daniel Farke told a similar story at his media briefing, with defender Timm Klose the only injury absentee for the Canaries this weekend.

The hosts can also call on Ben Godfrey again after the centre-back served a three-match suspension.

"It's only the second time this season we've had three fit centre-backs available," said Farke. "It's good to have that competition back. We are delighted Ben is back.

"It's not easy for him. He's only had 60 minutes of football over the past nine weeks but he is in my thoughts.

"We have to be careful with him. I will always back Ben Godfrey but I have to take care and protect him. That's in my mind for tomorrow."

On his approach to the game, Farke continued: "Teams often choose to sit deep against Liverpool, but they're too strong against that in counter-attacks.

"If not, they'll score from a set-piece with Van Dijk.

"We have to have periods on the front foot, dominating possession and be fully aware there will be periods we have to be solid defending."