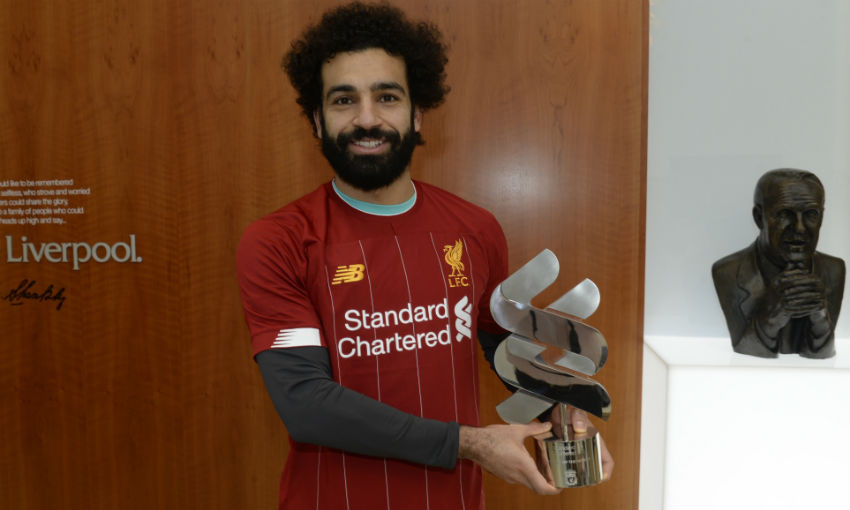 The No.11 helped the Reds maintain their lead at the top of the Premier League in the month with victories over Sheffield United, Tottenham Hotspur, Manchester United, Wolverhampton Wanderers and West Ham United.

Salah, who started each of the five league wins, scored three times and provided three assists to edge out Jordan Henderson and Alisson Becker for the prize in a poll of supporters on Liverpoolfc.com.

“Thank you. I am happy to win this award and as I’ve said before many times, the important thing is to win the games and I think we did well that month, so hopefully we’ll keep [going] like that,” the Egyptian told us as he collected the award at Melwood on Thursday.

Player of the Month is the second club accolade won by Salah for January, with his stoppage-time strike against United at Anfield being named the Reds’ Goal of the Month last week.

So, was that Kop-end finish his favourite moment of a fruitful month?

“Yeah, I think so,” Salah said. “I scored a goal against Man United after two years, so that was my favourite moment.”

Liverpool’s Premier League season resumes with a trip to Norwich City on Saturday, and Salah is raring to go following the winter break.