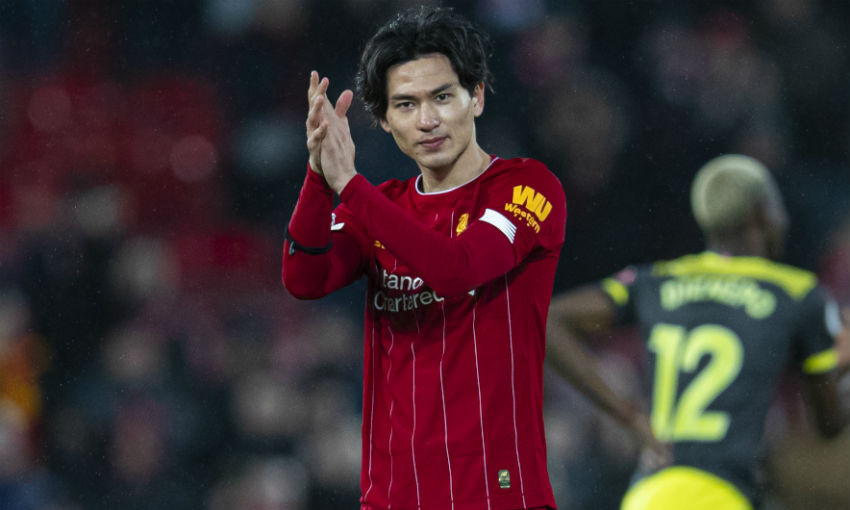 Minamino has made four appearances for the Reds since arriving on Merseyside in January from Austrian outfit Salzburg, who had faced Klopp's side in two Champions League group-stage encounters earlier in the season.

And before the Japan international had even completed the switch, Gomez was convinced about his suitability to the Premier League leaders based on those hugely impressive displays in the European meetings.

"He's a happy guy, positive and [got] a nice aura to him," Gomez told Soccer AM.

"But to be fair, everyone was aware of him from when we played them – just like when he came to Anfield, what he did and how well he took the game.

"I think as well his desire to press and adapt to our style of play. Obviously the gaffer wants us to play a certain way and he has that tenacity about him to want to get about and put pressure [on].