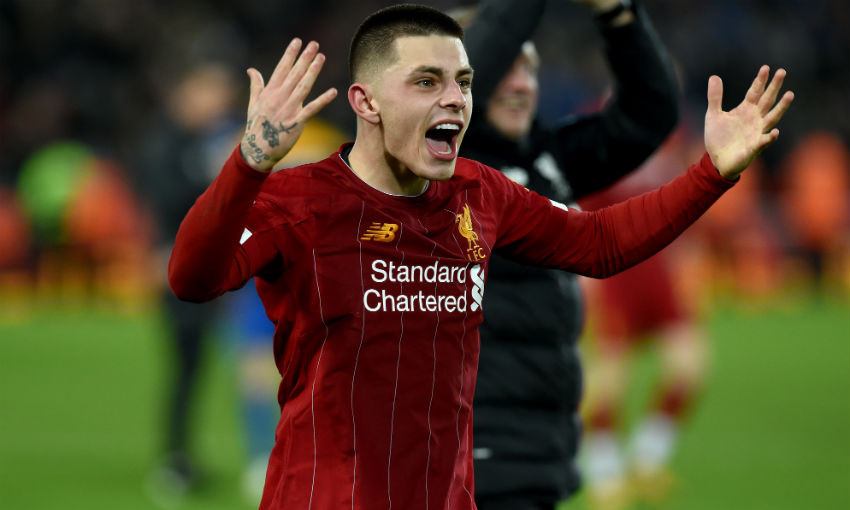 Adam Lewis took an incredible amount of satisfaction in making the most of his big opportunity under the Anfield lights.

Lewis marked his Liverpool debut with an assured outing at left-back during Tuesday night's 1-0 victory over Shrewsbury Town in an FA Cup fourth-round replay.

Injury to Yasser Larouci paved the way for the 19-year-old Scouser to feature for the Neil Critchley-led side as he himself overcame a first-half knock to complete the 90 minutes.

"It's unbelievable, I can't even put it into words," Lewis told Liverpoolfc.com. "My whole family was there and it was just a dream come true for myself.

"It's not nice that someone gets injured like Yasser – I don't think like that. But I thought I've been injured and he's taken his chance as well, so now it's my time to prove to the manager that I can cope at this level.

"I think I have done tonight, I've proved myself and I've just got to keep going.

"It's like the glory of the FA Cup. As they say, anything can happen and credit to lads, we dug in over 90 minutes and obviously got the win.

"There was no chance of me getting off that pitch! It's a dream true and whether I'm injured or not, I'm carrying on.

"We said before the game we're going to dominate the ball and we knew we're going to hurt them. It was just an unbelievable performance from the lads."

The young squad's efforts were loudly backed by a sold-out Anfield all throughout the cup tie.

After the result was confirmed to set up a trip to Chelsea in the next stage of the competition, the players were then saluted by those in the stands during a lap of appreciation.

"It's the 12th man and as young lads we needed that," Lewis said of the crowd. "That gave us an even bigger boost to go and win the game.

"I've never played at Anfield with that many people in and it's overwhelming just to see everyone getting behind you. It just makes you want to play better.

"That's just Anfield for you – it's a hard place to come. It's shown as the first team [prove] and we've kept it going."